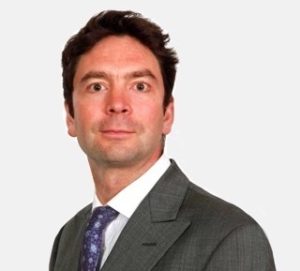 A criminal barrister has launched a direct access website to facilitate private prosecutions by people with cases that the Crown Prosecution Service (CPS) and police have failed to pursue.

Quentin Hunt, a junior at 2 Bedford Row, whose clients have included the singer Lily Allen and snooker world champion Ronnie O’Sullivan, said his site, private-prosecution.co.uk [2], had generated five cases already after being up and running only “a couple of months”.

The site claims: “A private prosecution is often a cheaper, quicker and more effective route than costly and protracted civil proceedings in the county court… [and] will often be more focused, better prepared and stand a better chance of success than a prosecution brought by the state.”

Mr Hunt told Legal Futures that private prosecution was “a growing area as the CPS and the police get squeezed, and people are increasingly finding that very legitimate complaints that they have are being effectively brushed aside, particularly by the police in not taking any action”.

Cases that had come in via the website included one he had just finished, involving “a successful private prosecution under the Computer Misuse Act 1990 where the police refused to hand the file up to the CPS”. It ended with a conviction in the magistrates’ court, he reported.

He suggested direct access was “not for everyone” but that his chambers had embraced it and had “probably the largest percentage of barristers that do direct access work”. He added: “You’ve got to be prepared obviously to be a solicitor to a certain extent too, which isn’t for every barrister.

“I like it myself. I enjoy the client time. Others say they can’t think of anything worse – ‘phone calls at 10pm for no reason other than they have thought about something in their case, things like that. You can price that in up to a point… but you have to be prepared to step into that arena.”

Clients had to underwrite the costs, Mr Hunt explained, but “private prosecution costs are something you are entitled to win or lose as long as they are reasonably incurred”. Schemes run by the Bar Council and others to fund litigation for those without the means were “useful”.

On receiving an approach via the website, he offered a conference in chambers “for a relatively reasonable fee”, at which he said he would give ” a pretty blunt appraisal of it”.

Another example of a strong private prosecution case, he said, was “[one] I’ve got on the books at the moment where there is a large body of evidence on CCTV and the case is overwhelming. The police dismissed it as a neighbour dispute and it’s not.

“I told the clients I am very confident they will get a conviction because the events caught on camera couldn’t be any clearer.”