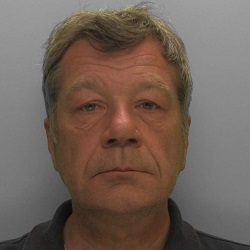 A barrister who lied about his earnings to reduce the amount of tax he paid has been jailed for 21 months.

Christopher John Wilkins, 57, of Chichester, West Sussex, stole £98,732 in tax by deliberately understating his income and inflating his expenses over a five-year period. During this time, he earned £740,000.

Mr Wilkins was arrested in May 2017 and told HM Revenue & Customs (HMRC) that he was behind on his VAT payments.

But HMRC compared his VAT declarations to those provided by his chambers, which revealed that he had lied about his income to reduce his tax liability.

He was charged in February 2020 for being knowingly concerned in the fraudulent evasion of VAT between March 2012 and June 2017.

Mr Wilkins pleaded guilty at Taunton Crown Court in November 2021 and was sentenced on Wednesday.

His LinkedIn profile says he actually qualified as a City solicitor before moving to the Bar in 1993.

According to a local newspaper report of the sentencing hearing, Mr Wilkins practised until 2005 before leaving – to work in-house at an overseas property development company, his LinkedIn profile says – and returned to the Bar in 2011.

By this time, he had already accumulated substantial debt as a result of a failed investment in overseas property that coincided with the crash of 2008.

He entered into an individual voluntary arrangement in 2013 to sort out his debt to HMRC but this did not include the true extent of what he owed in VAT.

The report quoted prosecutor Paul Grumbar saying the barrister’s full list of creditors included his own chambers at the time, which was owed £13,000, while he was paying £5,000 a month for his children’s private school fees.

“He would have been under constant pressure to pay these very high sums,” said Mr Grumbar. His debts spiralled out of control as he tried to reach agreements with creditors by selling his home.

The newspaper quoted the judge saying: “Your motivation was not financial gain but emotional pressure and you did not want to let those around you down.”

Oba Nsugbe QC, head of Pump Court, said Mr Wilkins joined the set in 2017, after the offences were committed; indeed, it had not been aware of any investigation into him until HMRC announced his conviction yesterday. His profile was removed from the chambers’ website soon after.

“Whilst we may sympathise with any individual who falls on hard times, chambers does not condone in any way the commission of criminal offences of any kind by a member of the profession,” Mr Nsugbe said.

Zoe Ellerbeck, assistant director of HMRC’s fraud investigation service, said: “As a trusted barrister, Christopher Wilkins should have known better than to try and cheat the system.

“Nobody is above the law and tax fraud is not a victimless crime. People who defraud HMRC are stealing from their community by taking money away from hospitals, schools and other vital public services.”