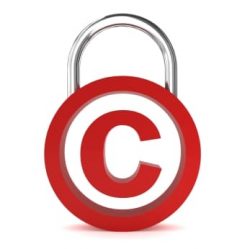 The barrister at the heart of a dispute between law firms over a plagiarised letter of claim said he had acknowledged a “technical breach of copyright” but that his apology had not been accepted.

Ian Whitehurst said he had been subjected to “bewildering unpleasantness” in the dispute between JMW and Hayes Connor, which led to the latter agreeing to pay damages of £45,000 for using the letter of claim in data breach litigation 242 times.

His name was initially confidential but a fresh court order released by the court this week made no reference to the settlement agreement. Another law firm also settled with JMW.

In a statement issued through Manley Solicitors, Mr Whitehurst – who practises from Exchange Chambers in Liverpool – said he has worked in the emerging field of data protection law for several years, before it was the “commercially crowded field it is today”, much of which was spent developing protocols and good practice.

“It was to this end that I inadvertently committed a technical breach of copyright, which is something I immediately acknowledged and sought to amend. I had hoped that a swift and sincere apology would suffice but it wasn’t accepted…

“I have been a practitioner for 26 years during which time, despite the challenges, I can honestly state that I have never been subjected to the bewildering unpleasantness I have experienced during the currency of this dispute.

“I hope that all parties can now move on, particularly with the additional challenges the pandemic presents. I sincerely hope this provides us all with fresh perspective.”

In its claim, JMW alleged that Hayes Connor was aware that the document the barrister gave them was not based on his own work.

Mr Whitehurst said he provided Hayes Connor – which markets itself as ‘The data breach experts’ – with “an incalculable amount of time advising and guiding them in this emerging, ever-developing area of law”.

He added: “I can claim, with absolute confidence, that I have an extensive history of working collaboratively and providing any advice I can give, whether formally or informally, freely and very often without expecting anything in return.

“Indeed, I recall having spoken with a partner of the firm JMW about an area of law they were interested in developing. I was, at the time, delighted to be of assistance.”

Neither JMW nor Hayes Connor had any comment on the barrister’s statement.