Barrister in CrowdJustice row after raising £60,000 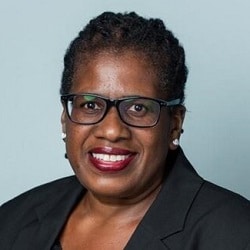 A barrister suing her chambers and LGBT charity Stonewall has crowdfunded £60,000 in just a day amid a controversy over transgender rights that saw CrowdJustice remove and then edit her appeal.

Allison Bailey, a criminal defence barrister at Garden Court Chambers, is suing in the employment tribunal, claiming she was victimised after helping to launch the LGB Alliance last year, an organisation that is critical of Stonewall’s approach to transgender rights.

Her position is similar to that which recently led to a storm engulfing author JK Rowling over the question of replacing sex with gender when it comes to identity.

In her original statement on CrowdJustice – before it was taken down – Ms Bailey explained: “Stonewall’s mantra is ‘acceptance without exception’, particularly of people who were born as men but who then identify as women.

“As a woman, a lesbian, a criminal defence barrister and someone who has had extensive experience of male violence, abuse and oppression of women, I believe that there should be some exceptions to males being admitted into female spaces.”

She argued that men should not be able to claim to be legally a woman without having to undergo any hormone or surgical intervention, psychological evaluation or risk assessment.

She said the LGB Alliance was set up “to fill the void in LGB campaigning that Stonewall had left”.

Her tweets on this last October led to a row, with well-known left-wing commentator Owen Jones quoting them and describing the LGB Alliance as “frightening and nasty. There is no LGB without the T”.

Garden Court – a member of the Stonewall diversity champions programme – distanced itself from Ms Bailey’s comments and said it was investigating concerns raised about them.

Ms Bailey said the chambers later upheld a complaint about them from Stonewall.

She wrote on CrowdJustice that this “validated the concerns that I had expressed the previous year… that Stonewall were in effect policing me through my chambers simply for being critical of their work… I felt that chambers were intimidated by Stonewall into reaching a finding against me.”

On Saturday, Ms Bailey launched a crowdfunding campaign on CrowdJustice in a bid to raise £20,000 – she is represented by Peter Daly of Slater & Gordon and Aileen McColgan QC – with a ‘stretch’ target of £60,000 if that was met.

However, during the day, CrowdJustice tweeted that it had received “a number of complaints” about the case page and temporarily closed it while investigating them.

It was reopened with a message from CrowdJustice chief executive Julia Salasky, saying that “we messed up” by allowing the page to launch “before ensuring its content in its entirety met the high standards that our community expects of us”. It is believed that this relates to potentially offensive comments.

Recognising that “many of you are disappointed in CrowdJustice for the way we have dealt with this failing”, Ms Salasky said the site has disabled ‘tipping’ – which is how CrowdJustice makes money – for Ms Bailey’s case and would refund tips already given.

She stressed that CrowdJustice supported the barrister’s “right to access justice and for her case to be heard in court”.

She continued: “We know that there are thousands of you who want to support Ms Bailey’s legal fight. CrowdJustice does not take a view of her legal action – the courts should decide.

“While we address our concerns about the content of the CrowdJustice case page with the case owner and her lawyers, we have replaced the original CrowdJustice page with this statement so that she can continue to accept donations.”

This was just a 271-word excerpt of what had been a 4,000-word explanation that went far beyond the case itself to explain Ms Bailey’s personal journey. The original can still be seen here.

Nonetheless, she rapidly hit the £60,000 stretch target from 2,209 donations but, unusually, CrowdJustice then closed the page for any further donations.

Ms Bailey tweeted on Sunday that she has asked CrowdJustice to increase the stretch target “because there is potentially a greater scope for litigation as a result of events in the past 24 hours”.

She said the removal of the page and changes made when it was republished were done without her permission or prior knowledge.

“I am in the process of determining precisely what happened over the course of yesterday and I shall be seeking clarity on this from CrowdJustice. Until that clarity is achieved, it would be better not to speculate or comment further…

“I am struggling to adequately express the immense gratitude I feel to everyone who has supported my case.”

Other cases dealing with the same issue are raising money on CrowdJustice: one brought by a Girl Guide leader who says she was expelled from the movement because of her “gender critical beliefs”, along with a woman who says she lost her job for the same reason.

“We strongly refute any claim that we have acted unlawfully or in any way colluded with Stonewall. We consider these allegations to be groundless and the claim to be without merit.”

A Stonewall spokesman said: “We work with a diverse range of organisations through our diversity champions programme to give advice on tackling homophobic, biphobic and transphobic discrimination and how they can be more inclusive of LGBT people.

“While we aren’t able to comment on individual cases, we know it’s vital businesses take active steps in creating equality for all lesbian, gay, bi and trans people.”