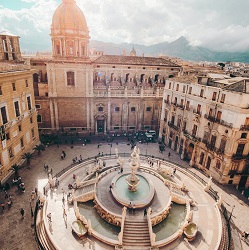 The High Court has rejected an Italian law firm’s bid to stay a barrister’s claim for outstanding fees because of an action it took against him in its home country.

The question was whether the claim was subject to the principle of lis alibi pendens, which aims to avoid contradictory judgments on the same case, pursuant to article 29 of the Brussels 1 Recast regulation.

Article 29 provides that, where proceedings involving the same cause of action and between the same parties are brought in the courts of different member states, any court other than the court first seised shall stay its proceedings until the jurisdiction of the first court is established.

The barrister, deputy head of Mercantile Chambers, claims outstanding fees for services provided between 2016 and 2018.

That September, the Palermo first instance court declined jurisdiction and in December 2019 issued a certificate of res judicata.

The law firm only appealed the September decision in March 2020, and there was a dispute between the parties as to whether it had 30 days or six months to do so; if the latter, it would be in time.

The decision of the Palermo court of appeal is awaited but a single joint expert (SJE) on Italian law told HHJ Parfitt the appeal was lodged too late.

HHJ Parfitt held that the issue of jurisdiction had been “finally determined” by the first instance decision, the test established by the Court of Appeal in such cases.

The circuit judge said the Italian court would not have issued the certificate if there was still the possibility of an appeal. As a result, lis alibi pendens did not apply.

Soole J said the circuit judge rightly held that the critical question for determination was whether the proceedings in the court first seised had been finally determined in relation to its jurisdiction.

The authorities “provide no support for the proposition that there is necessarily a lis alibi pendens where there is an outstanding appeal (or something called an appeal) and regardless of whether it was lodged in time; nor therefore for that to be the relevant question”.

Soole J said the judge was not wrong to make a finding as to the relevant time limit for appeal under Italian law.

“That was a question of fact for him to determine, as part of the decision on the issue of ‘final determination’; and was based on the expert evidence of the SJE.

“By important contrast, he rightly rejected the barrister’s invitation to make a finding as to what the Italian appeal court would decide on that issue.”