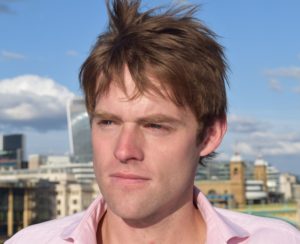 Hendron: “time of turmoil” is over

One of the newest barrister entities has said that using its services will be “like going to a solicitor’s firm, but a better kind of solicitor”.

Barrister Richard Hendron of Strand Chambers is to launch Defacto Legal, regulated by the Bar Standards Board (BSB) next month.

Mr Hendron said Defacto Legal would be “barrister-led and barrister-run”, and consist of barristers, each supervising at least two paralegals. He said the aim was to open the firm’s offices in Soho by the end of June.

Mr Hendron, a police officer turned criminal defence specialist, said he wanted to move away from the Inns of Court and Temple to Soho, “where people work and socialise”. He said the firm would initially concentrate on commercial contracts and property work.

“We want to access markets that the Bar is not used to dealing with and create an image that is not necessarily one the Bar would use. Defacto is not a traditional name. It means ‘as a matter of fact’, and that’s the image we’re going for. We’ll be telling it straight – the way it is.

“It will be like going to a solicitor’s firm, but a better kind of solicitor. People have more confidence in barristers.”

Mr Hendron said that while the Bar was “slow to do anything new”, solicitors had actively embraced ABSs. “Entities are definitely the way to go. By having an entity, you can share not only resources and income, but also expertise and ideas.”

Mr Hendron said that when the BSB starts regulating ABSs, Defacto would apply to become one.

He argued that the fact that the vast majority of barristers were self-employed meant that “unless you’re cutting the mustard, you won’t survive”.

He went on: “Barristers have a better reputation than solicitors. If you’re a solicitor and you’re not that great, you can still survive and take your salary home. It’s not just that barristers think they have higher standing – clients perceive it that way as well.”

Mr Hendron has been in the news of late for representing his twin brother, Henry, a high-profile barrister in his own right and founder of Strand Chambers. Henry was given a 140-hour community sentence after pleading guilty at the Old Bailey to supplying drugs that killed his Colombian boyfriend, Miguel Jimenez.

Richard said: “It was a time of turmoil for everybody, but it’s over. I am pleased that this chapter is finished and we can move on.”

Richard was in the media spotlight himself earlier this year when he resigned from UKIP and strongly criticised Alan Craig, one of the party’s London Assembly candidates, for holding homophobic views.

In a separate development, two barristers have set up a BSB-regulated firm to provide clients with a “bespoke service”, principally in sports, entertainment and media law.

Simon Collingham, barrister at 2 Dr Johnson’s Buildings in the Temple, said VII Law would “fit nicely” into the work of the chambers, which was centred on crime and family work, much of which was legally aided.

“The changing legal landscape means that chambers need to broaden their expertise into more commercial work,” he said.

“We will use solicitors if we need to, but why would we want to give work away when we have the potential to build a business? We are hoping to attract high-profile clients who want a five-star service.”

Mr Collingham said he and colleague Rossano Cifonelli had been trained to provide direct access and litigation work. He said VII Law would be based at chambers, where it could share the use of clerks and instruct advocates to represent its clients.

Mr Collingham added that VII had the capability to conduct football transfers as a registered intermediary, authorised by the FA, and would be developing this work “through our own personal contacts and structured marketing”.