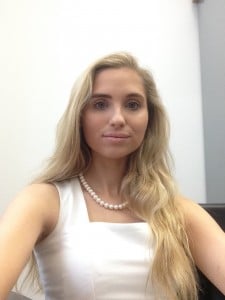 Hughes: “It really isn’t that different”

In a rare move, a barrister has been allowed to finish her pupillage at a personal injury law firm.

Henrietta Hughes is set to become the first in-house counsel at Cheshire and London firm Hilary Meredith Solicitors when her pupillage ends in August.

A spokeswoman for the Bar Standards Board (BSB) said it had approved 22 firms of solicitors to become approved training organisations and offer pupillages between January 2012 and June 2015.

However, Ms Hughes said the only law firm pupillages she was aware of were all criminal practices.

“A lot of people with fantastic CVs don’t get pupillages,” she said. “Everyone has amazing grades and has been to fabulous universities, but it is very, very tough and competitive.”

Ms Hughes was called to the Bar in 2012. She began her legal career working for 18 months as a legal assistant to Gerard McDermott QC, a personal injury and medical negligence specialist.

This was followed by six months as a pupil at a civil and commercial set in London, and a further six months as a legal assistant, this time to medical negligence specialist James Bell.

Ms Hughes said that, given her work as a legal assistant, the BSB said she needed only to complete a three-month pupillage at the law firm, rather than a further six months.

“I haven’t heard of anyone else in my situation,” she said. “I know of some other in-house pupils, but they are in criminal law firms.

“At a law firm you get to see the case from the beginning, while in chambers, you get brought in at a later stage – unless it is a direct access case.

“There is not that much client interaction, not much calling them, meeting them and talking to them, which is what I really like.”

Ms Hughes said there were likely to be more pupil barristers at law firms. “The independent Bar is a fantastic environment and it appeals to a lot of people, but I think more and more people will look at the employed Bar. It really isn’t that different.”

“Her appointment is an indication of the high value and complex nature of the serious injury claims we are being instructed on.”