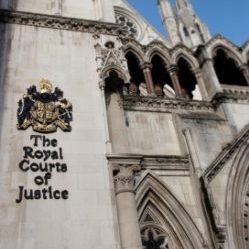 A barrister whose misleading witness statement led the High Court to rule that an arbitration award was obtained by fraud has been fined after a disciplinary tribunal decided he had been reckless rather than dishonest.

Andrew Rainsberry also undertook not to apply for a practising certificate for the next three years.

A civil engineer by profession, Mr Rainsberry was called in 2001 but has not completed pupillage and never actually practised. At the time, he was working for construction claims consultancy Knowles as managing director for the southern region.

Knowles was acting for Celtic BioEnergy in a dispute with Devon County Council, but there was then a dispute between Knowles and Celtic over fees that went to arbitration. As part of the arbitration agreement, Knowles agreed not to pursue Devon for any payments.

In a witness statement, Mr Rainsberry made no mention of what was called the ‘March correspondence’, letters he had sent demanding payment from Devon.

He later said these letters were a tactic and not actually intended to extract payment from Devon.

On the strength of the witness statement, the arbitrator granted the declarations sought by Knowles.

Some months later, Mr Rainsberry corrected this in another witness statement but the arbitrator declined to vary it, saying it was a matter for the courts.

Celtic applied for an order to set aside the award. Mr Rainsberry submitted that he did not mention the March correspondence because it was not relevant, but Mrs Justice Jefford concluded that the award had been procured by fraud due to the non-disclosure.

Jefford J said she did not accept Mr Rainsberry’s explanation for the March correspondence and ruled he knew it was relevant information that he had deliberately decided to withhold.

The charge before the Bar disciplinary tribunal was that, in acting as he did, the barrister had been either dishonest or reckless.

It found that Mr Rainsberry’s statement that he did not consider the correspondence relevant at the time of making the witness statement “could be true”.

His actions were “ill judged, clumsy and not best professional practice”; the March correspondence was a “crude” attempt to get payment.

But despite a “great cloud of suspicion”, the tribunal said this was not enough to prove dishonesty to the criminal standard – the High Court ruling had been to the civil standard.

It was clear, however, that Mr Rainsberry had acted recklessly – his evidence “made it clear that he realised that there was a risk of the arbitrator being misled”.

In deciding sanction, the tribunal noted that Mr Rainsberry had lost his job following the High Court judgment – he now works as a consultant – and there had been no benefit from his actions.

He said there was no possibility that he would apply for a practising certificate and the tribunal accepted his undertaking not to do so “in good faith”.

Though his misconduct was serious, the tribunal said it was unlikely to be repeated and disbarment or suspension was not appropriate. Instead, it fined him £3,000 and ordered that he pay costs of £7,542.