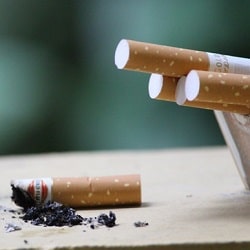 An experienced criminal law barrister has been fined by a Bar disciplinary tribunal for failing to apply for a forfeiture order on behalf of his local authority client.

Michael Iwan Davies admitted to “forgetfulness”, having abandoned his “dogged belief that he was right in his recollection of having asked for and being granted the relevant orders”.

The tribunal heard that, following a trial, Mr Davies had been asked by Halton Borough Council to apply for a forfeiture order for “tobacco products, £600 cash, an iPhone and a Toyota Yaris”.

The barrister, based at 7 Harrington Street Chambers in Liverpool, admitted failing to provide a “competent standard of work and service” to the council by not following these instructions.

He also admitted failing to provide a competent standard of work and service by not responding “accurately, completely or at all” to the council’s requests for information later in December and in January 2017.

The tribunal recorded that there was “considerable correspondence between the council, the chambers’ practice manager, and Mr Davies in order to ascertain what orders had been sought and made by the judge”.

It went on: “In short, Mr Davies maintained (mistakenly as it turned out) that he had sought the orders. A subsequent email from the judge confirmed that he had not applied for such orders.

“Following this, Mr Davies accepted that he had not made an application for forfeiture as instructed by the council.”

Three further charges were dismissed, after the BSB brought no evidence.

Richard Pratt QC, counsel for Mr Davies, emphasised in mitigation his client’s “unblemished record” over 39 years, with character references from two judges familiar with his work, demonstrating someone “who was the ‘backbone’ of the criminal Bar”.

Mr Pratt said the fifth charge against Mr Davies, one of the three to be dismissed, caused the barrister “great anxiety” with its allegations of recklessness and lack of integrity.

The QC said the first charge, which was admitted, “arose out of forgetfulness”, and his diary showed he was a busy practitioner with several matters to cover.

“This was compounded by Mr Davies’ dogged belief that he was right in his recollection of having asked for and being granted the relevant orders.”

The tribunal reprimanded Mr Davies for his failure to follow instructions at the hearing, taking into account that it was an “unintentional, single incident” which had been admitted.

The tribunal described the second charge, failing to respond to the council’s requests for information as “slightly more serious”, and imposed both a reprimand and a £500 fine, noting the “unreasonable delay in dealing with the complaint and the failure to check the accuracy of the false memory”.