Barrister who falsified qualifications disbarred after mitigation was thrown into question 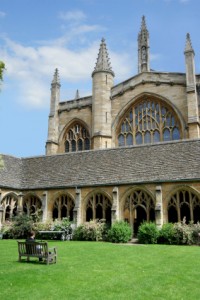 A barrister who made national headlines after it was discovered he had falsified his educational qualifications and attainments was disbarred on appeal because of fresh evidence that undermined his mitigation, it has emerged.

Dennis O’Riordan, who had a 2:1 law degree from the University of East Anglia, variously claimed falsely to have attended Radley College, received a first class law degree from UEA and from Oxford, obtained a doctorate of philosophy from Oxford and a masters in law from Harvard, and be a member of the New York and Irish Bars.

Having worked at US law firms Cadwalader Wickersham & Taft and Paul Hastings, he practised at 4-5 Gray’s Inn Square and was only caught out when applying to join 20 Essex Street.

Last September, a disciplinary tribunal, by a majority of three to two, suspended Mr O’Riordan for three years, the minority favouring disbarment. The Bar Standards Board (BSB) appealed to the Visitors to the Inns of Court and in January he was disbarred, but the reasons have only now been published.

According to the ruling, Mr O’Riordan’s mitigation, which the tribunal accepted, was “that he started to make false claims about his qualifications in 2002, motivated not by considerations of career advancement but to make his mother, from whom he had been estranged for many years following the revelation of his homosexuality and who was by now in poor health, proud of him.

“He felt a sense of educational inadequacy, particularly in comparison with his cousins who had attended Radley College and Oxford University. When his mother died in May 2007, he felt unable to remove the false claims which by then had been included in a number of websites. An important detail of his mitigation was that no further false claims were invented post 2007.”

The tribunal had also accepted that the quality of service which he provided was excellent, that he was instructed by those who knew of his work and on the basis of his expertise rather than the contents of any CV, that no financial advantage had been obtained and no member of the public had therefore been exposed to risk.

But when the decision was published, the BSB was contacted by a barrister about an expert report produced by Mr O’Riordan in 2012 for a matrimonial case (a financial derivatives lawyer, it concerned the character of a swap agreement entered into by one of the parties).

In the report, Mr O’Riordan claimed to have a first class law degree and doctor of philosophy research degree on the law of financial derivatives from Oxford.

The BSB argued that this “substantially” undermined Mr O’Riordan’s mitigation, showing that rather than passively failing to correct false details about himself that were on the internet after 2007, “he had actively advanced the false qualifications and sought to rely upon them” – and gained a financial advantage by doing so.

The Visitors decided: “We are satisfied that this evidence would not have been apparent upon an investigation of the work diaries of the respondent and other material filed by him for the purposes of the hearing before the tribunal.

“We are further satisfied that had the tribunal known of this evidence, the majority view as to the appropriate sentence in this case would undoubtedly have been different. Whether the tribunal was deliberately or inadvertently misled by the respondent, the expert’s report seriously aggravated his offending and amply justifies an order of disbarment.”

The BSB’s head of professional conduct, Sara Down, said: “The BSB felt strongly that the sentence of suspension did not go far enough and that allowing Mr O’Riordan to return to practise would, given the extent of his dishonesty, have diminished public confidence in the profession and discredited the Bar.”