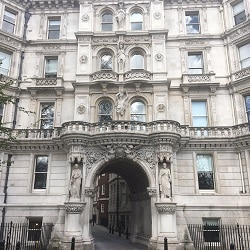 A barrister expelled from a leading London set after a complaint by its senior clerk has comprehensively lost a race discrimination claim in the employment tribunal.

It found that Daniel Matovu failed to establish any good reason for feeling aggrieved over a series of disputes with 2 Temple Gardens Chambers (2TGC) between 2013 and 2019.

Employment Judge Snelson also urged them to resolve another case about his explusion. He said: “As we survey the wreckage of this bitter and destructive litigation, we cannot but feel dismay at the prospect of the parties renewing hostilities in the pending third claim.

“We sincerely hope that recent experience will persuade them that there must be a better way to bring their conflict to an end.”

Called in 1985, Mr Matovu describes himself as a black African and Ugandan citizen but has lived in the UK since the age of six. He specialises in employment and discrimination law, and joined 2TGC in 2001.

He brought two claims of direct and indirect racial discrimination, race-related harassment and victimisation, which were consolidated into a single case that took 10 days to hear. Neil Moody QC, who was head of chambers for four years to July 2019, and senior clerk Lee Tyler were respondents along with 2TGC.

The first dispute recorded by the tribunal began in 2013 over chambers contributions, which Mr Matovu felt should be reduced for members handling mainly direct access work, as he did. This was not resolved until 2017, with no change to the chambers policy.

The next incident concerned a seminar put on by the common law group in 2017 where a speaker dropped out at short notice. Another of the speakers, Helen Wolstenholme, asked Mr Tyler about the availability of other members to step in.

He provided three names, including Mr Matuvo, but after the other two said they could not make a date in London, Ms Wolstenholme decided to do the slot herself.

Judge Snelson said: “We accept that, rightly or wrongly, Ms Wolstenholme had formed the view, born of experience, that there were risks involved in sharing a speaking platform with him. In particular, she worried that he tended to be under-prepared and was poor at keeping to time.”

When Mr Matovu found out, he made a formal complaint alleging that he had been “wilfully” subjected to a “clear-cut act of discrimination” by Mr Tyler in putting one of the other barristers forward for the speaking opportunity.

The board asked a junior at the set, Rehana Azib, to investigate. She concluded that Mr Tyler had done nothing to disadvantage Mr Matovu and had had no such intention.

She found he had simply given a reasonable response to Ms Wolstenholme’s inquiry about availability of members of chambers who might be able to stand in at short notice.

Following this, Mr Matovu was asked only to deal with Mr Tyler by email as an interim measure pending the board receiving further legal advice.

Mr Matovu dismissed Ms Azib’s report as a “whitewash” and complained of victimisation in respect of the interim clerking arrangements.

A complaint to the Bar Standards Board was rejected, with the regulator noting that at all times chambers had extended full clerking support to Mr Matovu.

He then withheld half of his chambers contributions on the ground that he was being denied full clerking services.

Following a mediation – the details of which the tribunal found subject to ‘without prejudice’ privilege –Mr Tyler said in November 2018 that he was willing to resume working in direct contact with Mr Matovu.

In April 2019, Mr Matovu completed an annual staff appraisal form, in which he complained that Mr Tyler was continuing to victimise him by not serving him and that the board was “happy to condone this unlawful and appalling discriminatory conduct”.

Based on these comments, Mr Tyler made a complaint against Mr Matovu under 2TGC’s grievance procedure.

The chambers engaged an employment law QC from Cloisters Chambers, Rachel Crasnow, to investigate. She found no substance in Mr Matovu’s allegations.

A committee of three members of chambers, set up to adjudicate on Mr Tyler’s grievance, found Mr Matovu’s allegations against him in 2017 and 2019 were baseless and made dishonestly and/or in bad faith.

It proposed that steps be taken with a view to Mr Matovu’s expulsion from chambers, which duly happened last October.

The barrister’s multiple complaints were rejected by the tribunal. Judge Snelson said: “We have found that, for the most part, Mr Matovu fails to establish any good reason for feeling aggrieved, but even if that view is mistaken, the respondents have given cogent and plausible explanations for their actions which, in our judgment, exclude discrimination.”

There was, he continued, no pattern of behaviour pointing to race “as a material influence upon the acts or omissions on which the claims hang”.

While the judge acknowledged the “stubborn reality that the Bar is adapting to social change more slowly than many other professions”, the notion implicit in Mr Matovu’s case of some sort of chambers ‘culture’ of race-based prejudice was not made out.

Judge Snelson said the tribunal was “entirely satisfied” that Mr Tyler’s act of suggesting the other barrister’s name for the seminar had nothing to do with race.

“He simply gave a hasty response to Ms Wolstenholme’s inquiry about availability, based on a survey of the diary.

“The idea that he was seeking to disadvantage Mr Matovu, let alone that that purpose was motivated by or linked to race, strikes us as remarkable. To state the obvious, if he had had any such aim he would surely have been careful to avoid mentioning him as a possible candidate.”

In relation to the many complaints, the respondents “behaved in an entirely rational and unremarkable manner”, he concluded.