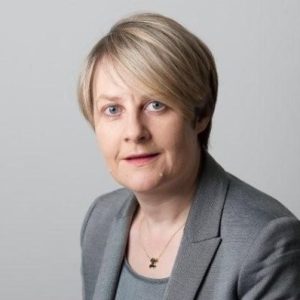 A barrister involved in a public spat with another barrister has failed in her attempt to judicially review a police decision to issue her with a prevention of harassment letter (PHL), which she claimed breached her human rights.

Barbara Hewson, who describes herself as a barrister and author, and in the past has stirred controversy over her views on lowering the age of consent, claimed that in issuing the PHL under the Protection from Harassment Act 1997, the police had breached her article 8 right to a private and family life, and article 10 right to free expression.

Though initially they were in dispute over “their differing opinions in relation to legal issues”, Mr Justice Dove recorded, Ms Hewson used words such as “malicious crackpot”, “unhinged” and “evil” on Twitter to describe Ms Phillimore.

But she submitted they had been made in the context of a more complex issue related to her being cyber-stalked, in which she contended Ms Phillimore had become involved, and she said the Bristol barrister also sent her own tweets using strong language – her actions were, in effect, a ‘tit for tat’ retaliation.

The judge said Ms Hewson claimed that Ms Phillimore “deployed the PHL in a media strategy designed to cause her serious reputational harm” and national newspaper coverage that followed cast Ms Phillimore as the victim.

The police can issue a PHL if they are satisfied a person is engaged in a “course of conduct” which amounts to harassment. However, it does not imply guilt and has no legal standing in itself.

Wiltshire police issued Ms Hewson with the PHL in March 2017 after Ms Phillimore complained about the social media comments. An attempt to interview Ms Hewson before its issue was unsuccessful.

Dove J dismissed her application for judicial review, concluding that the PHL was lawful.

The judge acknowledged a PHL could have an impact on the recipient’s reputation and that the case involved a “public dimension, to the extent that publication of views on social media are in the public domain”.

Dove J continued: “It is simply a record that the allegation has been made, and a warning in respect of future conduct.”

That a police officer had issued it “on the basis of the need to seek to extinguish the claimant’s persistent use of social media involving communication about the complainant” was, in his view, “proportionate”.

He ruled that the fact Ms Hewson had not had a chance to dispute the allegations against her was not relevant.

“The purpose of the PHL was to provide the claimant with notice of the allegation which had been made against her, and the opportunity to consider her position and, if so advised, avoid any further investigation.

“Providing her side of the story would not necessarily have obviated the justification for the issuing of a PHL.”

Any interference with Ms Hewson’s article 10 rights was similarly proportionate, the judge added.