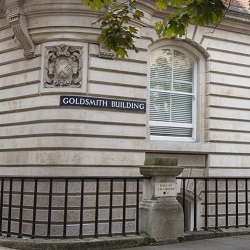 Goldsmith Chambers: Relieved to put matter behind them

An employment tribunal has rejected all the claims of discrimination, victimisation and whistleblowing made by a barrister who also acted as the chambers manager.

But, in an 87-page ruling, it found that Karen Gillard lied to Goldsmith Chambers when denying that she had leaked a story to the website Legal Cheek, only admitting that she had done it 18 months later during cross-examination before the tribunal.

The case has generated a lot of negative headlines for the chambers over the past year.

Ms Gillard joined Goldsmith in 2014 after it took over Argent Chambers and was soon co-opted on to the chambers management committee (CMC).

Initially a regular tenant specialising in family law, in 2015 she started receiving an allowance due to the amount of time she spent doing project management work in chambers, and from January 2016 was paid monthly for chambers administrative work under a consultancy agreement, giving her standing to bring a claim.

She was suspended from chambers in October 2016 after complaints by the senior clerk and one of her staff. Goldsmith asked London law firm Withers to carry out an external investigation into Ms Gillard’s conduct, which in turn instructed barrister Bruce Gardiner, who at the time was at 2 Temple Gardens, as the investigator. The tribunal said this was a “sensible” step.

He considered 10 allegations against Ms Gillard, upholding five in full: she made “serious” threats to report chambers or members to the Bar Standards Board; she failed to provide a business modelling report for which she was paid £17,000; she resolved a dispute between one barrister and a law firm over £2,000 in outstanding fees by paying the firm £1,000 and have it repay that money and the outstanding sum to the barrister without his knowing; she overcharged in relation to one invoice; and she failed to following the procedure for authorising her expenses, pushing them through without a countersignature.

Mr Gardiner said the payment in the fee dispute was the most serious act of misconduct which he had found proven. Ms Gillard sought to justify it by saying that it was a commercial decision on her part to seek to prevent the law firm from suing.

The tribunal said: “On our finding this was not just unorthodox. It was wrong and in breach of the Bar Standards Board Handbook upon which the claimant relied so heavily in these proceedings.”

Mr Gardiner did not uphold the allegation that Ms Gillard leaked information about Goldsmith’s use of family and friends as interns and work experience students to Legal Cheek, although the story ultimately did not run. She had been instrumental in recruiting the interns.

The tribunal said she “blatantly” lied about the leak in an email to the CMC, and did so on other occasions too: “We find that the claimant lied about the matter and was deceptive.”

She even threatened action against anyone who repeated the allegation that she had been the source of the leak.

Mr Gardiner told the tribunal that, had he known that she was the source, he may have found differently on another allegation relating to bullying members of staff.

He also partially upheld an allegation that Ms Gillard had threatened to harm chambers.

Following the report, she was expelled from Goldsmith.

In her claim, Ms Gillard claimed that she had made 39 protected disclosures, but the tribunal only found that two were – both relating to a £5,000 fees debt arising from Argent.

But the tribunal said that, even if it was wrong on this, Ms Gillard was not subjected to any detriment because she made disclosures.

On direct sex discrimination, Employment Judge Elliott said Ms Gillard had not made out a prima facie case.

He said the gender composition of both Goldsmith Chambers and the CMC was roughly equal while it was clear that “women reached senior positions in chambers”, including Charlotte Proudman, described by Ms Gillard as the ‘resident feminist’.

Ms Proudman was the focus of a media storm in 2015 after condemning a ‘sexist’ LinkedIn message from a City partner. Judge Elliott noted that “high-profile press attention on an issue related to sex discrimination” proved no barrier to Ms Proudman’s appointment to chambers soon after.

The tribunal said there was also nothing from which to draw any adverse inference of sex discrimination from the view of head of chambers Anthony Metzer QC that female counsel should be referred to as Ms, unless they specifically said otherwise.

On claim of sexual orientation discrimination from Ms Gillard, who was described as “openly gay”, the judge said: “[The chambers] was well aware of her sexual orientation. She did not hide it. She attended social events in chambers with her partner, who also secured a place in chambers on a second application.”

The judge said Ms Gillard said at first that she was expelled from chambers not because she was gay, but “because it was convenient”. Later she changed her evidence, accusing head of chambers Mr Metzer of being “by definition” homophobic.

“We find that the claimant did not and does not genuinely consider Mr Metzer to be homophobic or anti-gay. We find that he is not.”

On victimisation, he said Ms Gillard had failed to take the tribunal to “any specific complaint” that she made that there been a breach of the Equality Act.

He said Ms Gillard’s “change of position” on the recruitment by chambers of family members was “directly related” to the breakdown of her relationships with Mr Metzer and treasurer Adam Gersch in September 2016.

Ms Gillard also relied on Mr Gersch contacting the police and making “false allegations of harassment against her”.

He had asked that it just be reported for information only, in case the matter should escalate. The police investigated and closed the matter after deciding that no crime had taken place.

The judge ruled that the reason Mr Gersch went to the police was because “he felt harassed and it was affecting his health”.

The tribunal heard that a “constant bombardment of emails” from Ms Gillard, some of them accusing him of mismanagement and fraud, had a “negative impact” on Mr Gersch. In addition to seeing his GP for high blood pressure, he was admitted to hospital for observation.

The tribunal also heard that, on the day that Mr Gardiner was instructed, Ms Gillard had a telephone conversation with Dingle Clark, the deputy head of chambers.

“He was at Cannon Street station waiting for a train. He made some notes of the call on his copy of the Evening Standard… Mr Clark’s evidence is that the claimant said in relation to the Gardiner investigation that she wanted ‘due process’ and not ‘Jew process’; Mr Metzer and other senior members of chambers are Jewish.

“The claimant denied saying this… We find on a balance of probabilities that she used the phrase noted by Mr Clark on his newspaper.”

Samantha Owen, a solicitor at Irwin Mitchell who represented Goldsmith Chambers, said: “Ms Gillard made a string of serious and unfounded allegations against Mr Metzer QC and other senior members of the management committee and they have all been found to be false.

“Mr Metzer QC, the members of the CMC and a number of members of staff are now relieved that they can finally put this matter behind them.”