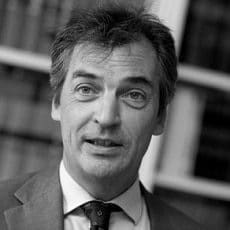 The High Court has upheld the reprimand and fine issued to a barrister who sent a “seriously offensive” tweet in a private capacity that was “racially charged and derogatory to women”.

Mr Justice Warby rejected the argument that the Bar Standards Board (BSB) and Bar disciplinary tribunal had gone too far and were trying to police Martin Diggins’ private life.

The tribunal found him in breach of core duty 5 (CD5), which says barristers “must not behave in a way which is likely to diminish the trust and confidence which the public places in you or in the profession”. He was reprimanded and handed a ‘low level’ fine of £1,000.

On 14 June 2017, a young black female student at Cambridge University posted on Twitter an open letter to the English faculty.

The letter stated that it was “the result of a meeting that took place amongst students about the need for the faculty to decolonize its reading lists and incorporate postcolonial thought alongside its existing curriculum… a call to not be so arrogant as to assume civilization began with the writing of white men and so this should be the basis of our learning”.

Mx Diggins [as he was referred to in the ruling] “is a believer in the Canon of Western literature and culture”, Warby J said, and was upset by the letter.

Mx Diggins appealed on multiple grounds attacking both the form and substance of the prosecution and decision.

Abuse of process was an “appropriate label” for a number of separate complaints and criticisms, attributing political motivation to those involved in the case, said Warby J.

“The appellant describes himself as a Native-British, White-Skinned Heterosexual Conservative Male. His case is that he has been ‘singled out for prosecution’ by the BSB, which is ‘seeking to make an example of me to demonstrate that the most discriminatory profession… is passionate about non-discrimination’. The BSB’s prosecution is said to exhibit ‘the rankest hypocrisy and nauseating virtue-signalling’.”

Warby J said this ground was not properly open to Mx Diggins because he did not raise it before the tribunal, but that he would have dismissed it on its merits in any event.

“Mx Diggins characterises the standpoint of which he complains in various ways, including the ‘liberal fascism’ of ‘self-hating whiteys’. There is no evidence from which I could infer this state of mind, or the alleged intention to make an example of Mx Diggins for a ‘political’ motive, on the part of the BSB.

The finding was similar in relation to bias, which again was not argued before the tribunal. Mx Diggins submitted that, as the chair of the tribunal panel – Jonathan Glasson QC – was from Matrix Chambers, he could not be relied on fairly to assess his ‘critique’ of the open letter.

“The argument includes the assertions that ‘unlike 99% of all other chambers’, Matrix specialises in discrimination law; and that it has a number of policies on race and discrimination, including a mandatory requirement to attend equality and diversity training.

“I have no evidence about these matters, but I am satisfied that they could not be enough to show actual or apparent bias, so as to disqualify Mr Glasson from chairing the panel.”

Mx Diggins argued that the BSB and tribunal overstepped their boundaries by policing his private life, but Warby J agreed with the panel that there was not a ‘bright line’ to be drawn here.

He explained: “Ultimately, the question for the panel in a case under CD5 is whether the conduct admitted or proved is likely to undermine trust and confidence in an individual barrister (as a barrister) or the profession.

“That is a question for assessment on the basis of the facts of the individual case. The range of factual scenarios that could properly raise such a question has no theoretical limits.

“Some public conduct may be too trivial to satisfy this requirement. Some private conduct may clearly cross the line. Some conduct may be hard to categorise as either public or private. A panel will have to evaluate the conduct in all the circumstances.

“It cannot be necessary for a barrister to be immediately or readily identifiable as such, before a charge under CD5 can be brought or made out.”

A link in Mx Diggins’ profile to his website, which identified him as a barrister, was a relevant factor.

Warby J said that while the tweet may not have been easy for all to understand without its full context, “it plainly expresses hostility to people whom the appellant describes as ‘shrill’, and who he claims ‘will destroy an academic reputation’. Those who are criticised in these ways are identified only as ‘negroids’, a term which defines more than one person exclusively by reference to their appearance and racial or ethnic origin.

“The tweet provides no indication why those characteristics might justify, support, or be relevant to the criticism. It was legitimate for the BSB to describe this as ‘offensive race-based language’, and equally proper for the panel, applying ordinary community standards, to find that it was ‘racially charged’.”

The tweet also did not explain relevance of the gender of the ‘negroids’, “or why such a sexual metaphor might be considered fitting”, but again it was legitimate for the BSB to describe this as “offensive… gender-based language” and for the panel to conclude that it was “derogatory to women”.

Warby J accepted that Mx Diggins was not acting in a professional capacity or in a professional place at the time, and was communicating on a topic of legitimate public interest in a way that did not target or defame anyone.

But there were “countervailing factors”, particularly that the public expected, and trusted, members of the profession to exercise judgment, restraint and a proper awareness of the feelings of others.

“Having now reviewed the case in detail, I do not consider the panel was wrong to strike the balance between the appellant’s free speech and privacy rights, and the rights of others, in the way that it did.”

Deciding too that the fine could not be described as manifestly excessive, Warby J dismissed the appeal.