Barrister to be disbarred over tax fraud 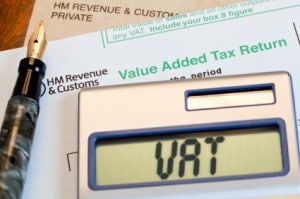 A barrister who avoided paying over £77,000 in income tax and VAT was yesterday ordered to be disbarred.

The five-person bar disciplinary panel, chaired by former deputy circuit judge HHJ Stuart Sleeman, found that Edward Agbaje had engaged in dishonest conduct, after he cheated the public revenue out of £77,265 in income and VAT between September 2004 and 17 March 2012.

Following an inspection by HM Revenue & Customs, Mr Agbaje, now 61, was convicted by a jury at the Old Bailey in London more than a year ago, in March 2013. He was sentenced to 15 months in prison.

He admitted the charge of professional misconduct. His defence counsel, Anesta Weekes QC, told the tribunal panel that Mr Agbaje had always intended to pay the revenue, but that he had “put his head in the sand” after not submitting his accounts for a number of years.

Sara Jagger, head of professional conduct at the Bar Standards Board, said: “Respect for the law should be in every barrister’s DNA. Mr Agbaje has been convicted for a very serious crime. In doing so he has brought the profession into disrepute.

“No member of the public could be expected to ever have confidence in him as a barrister after this. The panel has made the right decision.”

The panel heard that, to date, the outstanding monies have not been paid.