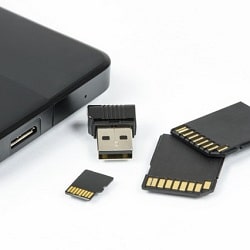 A barrister jailed for making indecent photographs of children has been disbarred.

Lee Sowden, who was called in 2015 but was not practising, was convicted in November 2018 at Leicester Crown Court on six counts relating to the photographs and a further count of failing to comply with a legal notice to allow officers access to an encrypted electronic storage device.

He was jailed for 12 months and handed a 10-year sexual harm prevention order.

The tribunal found that Mr Sowden acted in a way which was likely to diminish the trust and confidence the public places in him or in the profession, and which could reasonably be seen by the public to undermine the barrister’s honesty and integrity. He also failed to report his charging and convictions to the Bar Standards Board (BSB).

Sara Jagger, the BSB’s director of legal and enforcement, said: “The tribunal’s decision to disbar reflects the serious impact Mr Sowden’s criminal actions are likely to have had on the public confidence in those who hold the title of barrister.”

In a statement after his conviction, Leicestershire Police said: “The court heard how officers executed a warrant at Sowden’s home address after they received intelligence to suggest that the internet had been used to download indecent images of children.

“Officers recovered computer equipment including some storage devices. One of the recovered devices couldn’t be accessed by the investigating team due to it having been encrypted.

“Despite being issued with a section 49 notice [under the Regulation of Investigatory Powers Act 2000], Sowden refused to provide passwords to enter the device.”

Detective Constable Ian Button, the investigating officer, was quoted as saying: “Sowden attempted to cover his tracks and was not forthcoming in providing information to assist the investigation.

“Despite that, and a very lengthy investigation, we were able to provide evidence to the court of Sowden’s offences and we’re pleased he has been convicted of all the charges.

“We hope this conviction and subsequent sentence gives Sowden the chance to reflect on his actions and deters him from committing similar offences in the future.”

In other Bar disciplinary tribunal news, a barrister-turned-solicitor has been suspended after twice being sanctioned by the Solicitors Disciplinary Tribunal, neither of which he reported to the BSB.

In 2016, Mr M Lorrell was suspended for three months for permitting the use of his client account as a banking facility and acting with a lack of integrity in doing so.

Then last year, he was initially struck off for acting where there was a conflict of interest between litigation and funder clients. No dishonesty was alleged but he was found to have acted without integrity. On appeal earlier this year, the High Court reduced the sanction to a two-year suspension.

The Bar tribunal ordered that Mr Lorrell, who was called in 1999, be suspended for two years, to run concurrently with his solicitor suspension, and a further three months for the earlier suspension and two months for not reporting either, to run consecutively. His suspensions end on 7 December 2020.

The sanction took into account that Mr Lorrell has not practised as a barrister since 6 July 2018, when the BSB invoked its interim suspension procedure.

Finally, Richard Hendron, called in 2012, has been reprimanded after failing to appear at a pre-trial hearing for a public access client, who was on a video-link from prison.

He also failed to arrange alternative representation in a timely manner, asking a first-six pupil to locate suitable counsel. This led to an “ill-equipped and ill-prepared second-six pupil attempting to represent [the defendant], and the hearing subsequently having to be adjourned”.

Mr Hendron’s twin brother, Henry, was recently suspended for three months for failing to comply with a determination of the Legal Ombudsman to pay a complainant £850. Henry had only recently returned to practice after completing a three-year suspension for a drugs conviction.