Barrister disbarred after failing to pay share of fees to chambers 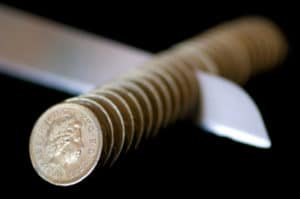 Share of fees: barrister did not pay what he was obliged to

A barrister who dishonestly failed to pay his share of chambers’ fees has been disbarred.

Over two years, Peter Richard Collins failed to inform 4 Kings Bench Walk of the fees he had received for 32 public access cases and then dishonestly failed to pay the chambers £4,236 which he was legally liable for as a result.

Mr Collins, who was called in 1993, was also suspended for three months each on two separate charges. One involved him sending a fee note to his instructing solicitor which purported to be from his chambers when it was not.

The other related to failing to issue client-care letters or similar to 28 public access clients.

Sara Jagger, director of professional conduct, said: “Mr Collins’s dishonest conduct in not paying his share of chambers’ fees over a substantial period of time, is incompatible with membership of the Bar. The tribunal’s decision to disbar reflects this.”

A statement from 4KBW said: “Chambers notes the disbarment of Peter Richard Collins, who practised from 4KBW until his resignation in September 2016.

“Following an internal investigation into the matters leading to this decision, Mr Collins was suspended from chambers prior to his resignation, in accordance with chambers’ constitution. As Mr. Collins has not practised from, nor been associated with, chambers since that time, 4KBW has no further comment to make.”

Meanwhile, a Bar tribunal has taken action against an unregistered barrister who was fined S$4,000 by Singapore Law Society for repeatedly making misleading statements by alleging fraudulent and criminal conduct against an opposing solicitor, and also repeatedly made baseless complaints against that solicitor.

No further action was taken against Glen Teck Beng Koh, who was called in 1998, over that sanction, but he was fined £750 for not reporting the action to the BSB in a timely fashion.

Finally, Peter Wareing, currently an unregistered barrister, has been reprimanded for acting for seven clients on a public access basis in 2014 when he had not gone through the mandatory public access training; he also conducted litigation for one of the clients without a litigation extension to his practising certificate.

Also in relation to that lay client, Mr Wareing, called in 2004, failed either to file and serve evidence in support of an application to set aside a judgment, either with the application or well in advance of the hearing, or failed to advise the client to do it, with the result that the application was adjourned and his client ordered to pay the claimant’s costs of the hearing on an indemnity basis.