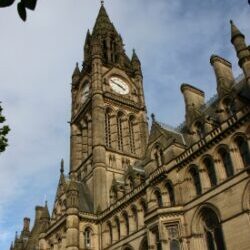 A barrister convicted of failing to disclose a change in her circumstances for the purposes of council tax, and who was then found to have lied at a re-hearing, has been disbarred.

Sky Bibi, who was called in 2007, also failed to disclose her conviction to a solicitors’ firm that employed her.

Her conviction came after failing to disclose to Manchester City Council a change in her financial circumstances – specifically a change of employment status and receipt of income – which she knew would affect her entitlement to council tax benefit.

This resulted in an overpayment of £1,054 and in 2018 a conviction under the Council Tax Schemes (Detection of Fraud Enforcement) (England) Regulations 2013, despite pleading not guilty.

She was handed a 12-month conditional discharge and fined £1,000.

The sentence was varied after a rehearing the following year to a 12-month community order and a 28-day 7pm-7am curfew.

The recorder at Chester Crown Court found that Ms Bibi had lied to the court in her evidence in multiple ways, such as saying she had disclosed all of her bank accounts to the council when making her initial benefit claim.

A Bar disciplinary tribunal disbarred her for this and ordered that she could not practise pending any appeal.

Ms Bibi was also sentenced to 12-month suspensions on two further charges of failing to declare her conviction when seeking employment and working for a solicitors’ firm, and of providing the employer with a Disclosure and Barring Service certificate which predated her conviction.