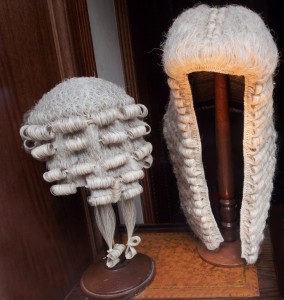 The Bar Disciplinary Tribunal has told the Legal Ombudsman that “co-operation is a two-way process”, in a case involving a failure to share information with the lawyer who was the subject of a complaint.

The tribunal ruled that a barrister who refused to co-operate with LeO was not guilty of professional misconduct because LeO had refused to let him see documents relating to the complaint.

Alan Steinfeld QC, chair of the tribunal, said Julian Smith “could be forgiven, if not justified, in taking the stance that he did”.

Mr Steinfeld went on: “The Legal Services Ombudsman [sic], through the case and/or investigator, was in effect saying to the barrister that it had information which it was not prepared to share with him until the investigator’s report was completed and the findings concluded.

“A barrister could not reasonably or necessarily be expected to co-operate with the ombudsman in that situation.”

BSB v Julian Smith concerned a complaint made against Mr Smith, based at Lincoln’s Inn Fields Chambers, by a family law client that he had refused to refund the cost of a cancelled conference. The issue was who was to blame for the cancellation.

LeO told Mr Smith in an e-mail that there would be a need to retrieve documents and information from his files, the tribunal heard. As part of his reply, Mr Smith requested that LeO forward to him all the information provided by the client. However, the investigator said he could not have it until she had issued her findings on the complaint.

LeO referred the matter to the Bar Standards Board when its request was not complied with. The disciplinary tribunal found that Mr Smith had breached rule 905 of the BSB code of conduct by refusing to provide the information. The tribunal described the request from LeO as “perfectly reasonable” one and said Mr Smith could readily have provided all the documents but chose not to do so.

However, the more important question was then whetherthe breach was sufficiently serious to constitute professional misconduct, the tribunal said.

The tribunal concluded that it was not and dismissed the charge. Mr Steinfeld said LeO was under an obligation, as a matter of natural justice, to provide to the other party all the information and documents that had been supplied by each party to it.

He said the disciplinary tribunal fully understood why, in the circumstances, “a barrister in the position of Mr Smith would feel that he was justified in not co-operating with the investigation”.

Marc Beaumont, counsel for Mr Smith, said: “The case is important as it shows that an application of the test of ‘seriousness’ in Walker v BSB (2013) is operating as a justified protection for barristers who are now exposed to the double-whammy of Legal Ombudsman and BSB investigations arising out of the same set of facts.”