Barrister boss of SueSomeone.co.uk eyes ABS as he hits out at litigation ban 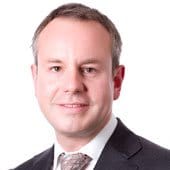 Gregory: unfeasible to maintain the prohibition on conducting litigation

A barrister who has built a thriving direct access practice through a public-facing website is considering whether an alternative business structure (ABS) will help him deal with the problems caused by the ban on conducting litigation.

Rupert Gregory, a member of London’s Argent Chambers, said he has some 4,000 unique visitors to his website suesomeone.co.uk each month, from which he receives on average one paid instruction each day.

The business – which is believed to be the only independent barrister’s website pitched exclusively at the general public – went live about six months ago.

Speaking to Legal Futures, Mr Gregory said the ban on barristers doing litigation meant “I’m acting to some extent with my hands tied behind my back”. He complained that while the Bar Standards Board talked about removing the prohibition on litigation, the delay in doing so was “constantly hindering” his business.

He continued: “I have never understood the argument against it quite frankly, other than ‘we want to trap barristers in the traditional model’.” It was “unfeasible” to maintain the prohibition “in the present age” of market competition, he added.

Mr Gregory said he had “toyed with the idea” of setting up a third-party process-serving company to get around the ban. In a blog on his website he expanded on this idea but described it as “not simple, and doesn’t look terribly impressive to the client”.

He pointed out that his chambers has a commercial arm, Argent Law, and said he had considered linking his own business with it, “although I like to have control over the website”. He is considering setting up “a separate ABS with the support of Argent Law”.

Mr Gregory, a criminal law specialist of 14 years’ call – and who currently plans to boycott the Quality Assurance Scheme for Advocates when the time comes – admitted that the web domain name “suesomeone” is somewhat “low rent” and “tongue-in-cheek”. But it is effective in pulling people in, he said, and has a high Google ranking.

He bought the domain two years ago and “with immediate effect” set about having the website designed. “I started searching domain names and came up with it, and decided to run with it.”

He said the success of the website had meant he was able to refer work to colleagues in his chambers and on occasion to solicitors who then “brief me back on the advocacy if necessary”.

Along with enquiries that result in work, there are “two or three times that amount from people where someone has been rude to them in the pub and they want to sue them for defamation – that kind of thing. You can quite politely bat them off,” he said.

He added: “I have noticed week in, week out that the volume is building. We’re getting pretty high traffic. Hopefully, the way I see it going in the future, there will be too much for me to handle.”

Despite direct access having been an option for barristers for some time, few have shown an appetite for it, he suggested. “Direct access has been around for a fair few years now and nobody is really seizing on it from an entrepreneurial perspective. If you look at other chambers’ direct access sites or barristers’ personal sites they are much more geared towards other professionals. I am aiming at the man in the street and I’ve yet to find other members of the Bar doing it in that way.”

Meanwhile, around 100 barristers have signed up to another new direct access service, MyBarrister, set up by former Shearman & Sterling partner, Ronald DeKoven, now of DeKoven Chambers, while Chris Bean, previously Landmark Chambers’ first marketing director, is chief executive. Barristers pay an annual subscription fee to be on the site.