Barrister blogger says colleagues can be “prats on social media” 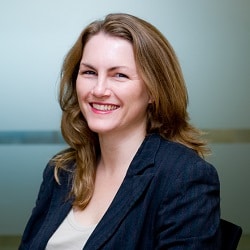 Reed: We just seem incapable of saying nothing

A leading barrister blogger has blasted her own colleagues at the Bar for “being prats on social media” who “trash our reputation”.

Family law barrister Lucy Reed used her well-known Pink Tape blog to question whether QCs should “parade their importance” by putting the title on their Twitter handles, saying the public might view it as “odd”.

Ms Reed said her “overarching lesson” from 2019 was that “the problem of us being prats on social media is not just limited to the few extreme examples” that led to regulatory sanction or “outraged” headlines.

“My overview of what I see of legal Twitter is this: We are too often pompous, tone deaf, macho, always bloody right, sanctimonious, pedantic, holier than thou – and we have a specialness complex.

“And we just seem incapable of saying nothing (lawyers really should know the value of silence). This afflicts all of us to a greater or lesser extent (myself included), and it afflicts both juniors and QCs.”

On silks, Ms Reed said: “I am bracing for rotten tomatoes when I say that the general public might think it is a teeny bit odd that so many QCs feel the need to put ‘QC’ on their Twitter profile. (I’m sorry, I love many of you, but it is true).

“Does our special status matter so much to us? Do we think people will listen more because we put QC after our name?

“It may not be what we intend, but that seems to be what people read into it, when they mock real QCs by sporting fake ‘QC’ handles. And why should they listen more, just because we parade our importance in such a context?”

Ms Reed said barristers performed “a public service” when they provided legally accurate information, corrections and explanations, and helped people to appreciate the legal nuance and complexity where they would prefer to see simplicity and clarity.

“But when we do so must we be so gleeful, so irritating, so oblivious to the impact of our interventions, to the basic psychology that says the way you intervene affects the way people are likely to respond?”

Ms Reed said barristers might “think that the bar is special” because they were “part of the club, with its special ethical code that nobody understands”. In fact, they were just “ordinary people” who “tromp around” social media”.

“From the outside that just reads as entitlement (particularly given the stereotypes of the class and privileged background of lawyers), and it is a massive turn off to most normal people.

“That is the context in which people respond to us in ways which we do not appreciate. That is the background to the appropriation of the letters QC on the profiles of many who are not lawyers at all.

“This disrespect may not be all of our own making, but our problem is that we assume we should command respect when the truth is we have to earn it. And we need to earn it not by marking ourselves as special but by just being normal.

“I’ve written before about what our professional conduct rules and guidance say about social media conduct. 2019 has taught me that the focus really should not be on ‘will I get disbarred?’, not least because the answer to that is very plainly ‘almost certainly not’.

“But I am fed up of watching colleagues trash our reputation by behaving like massive clever dicks all over social media.”