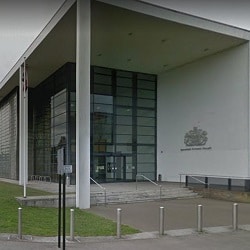 An employed barrister convicted of fraud after claiming expenses he was not entitled to has avoided being thrown out of the profession by a Bar disciplinary tribunal.

Even though disbarment was the starting point where there has been a conviction involving dishonesty, the tribunal decided that it was not “necessary or proportionate” in the case of Michael Anthony Rowan.

He was instead suspended from practice for three years. Mr Rowan was in any case an unregistered (ie, non-practising) barrister.

In April 2019, he was convicted of fraud by false representation at Ipswich Crown Court for submitting three expenses forms to his employer to which he was not entitled.

He was sentenced to 26 weeks’ imprisonment, suspended for 12 months, with 180 hours of unpaid work, and ordered to pay a victim surcharge of £115.

According to a report in the Ipswich Star, Mr Rowan was working as a locum at Ipswich Borough Council and claimed the expenses over the course of a month through his recruitment agency, saying they had been agreed by a representative of the council.

It quoted the judge saying that Mr Rowan had felt that not only should he be paid a daily rate but also his expenses.

Mr Rowan contended before the tribunal that he had not been dishonest, despite his guilty plea, but the five-person panel noted that he did not pursue this argument at his trial.

It said he had not provided the tribunal with any evidence to justify going behind the conviction.

In deciding sanction, the tribunal – chaired by His Honour Judge James Meston QC – said it kept “firmly in mind” that disbarment was the starting point for a dishonesty offence. However, there were cases in which it has “some residual discretion” not to disbar and here there were “a number of cogent mitigating factors”.

“The amount of the expenses wrongly claimed amounted to £3,000 or perhaps less,” HHJ Meston wrote. “It appears to have been undisputed that the expenses were actually incurred and Mr Rowan is said to have repaid them in full fairly promptly.”

The facts arose “some time ago” and were the only blemish on the barrister’s career. He was “a person of previous good character, as reflected in the sentencing remarks of the Crown Court judge”, had co-operated with the Bar Standards Board and supplied references – albeit from before his conviction.

The tribunal went on: “We have established as best we can that not only was the offending such as it was of a limited duration, it occurred also at a time when [he] was suffering from bereavement with the loss of his father and from some conflict within the family with a relative challenging the will of his late father.

“After extensive discussion, we have decided that this is a case in which disbarment is not necessary or proportionate. In those circumstances we are unanimous that a suspension of three years is sufficient to mark the gravity of the offending by this barrister.”