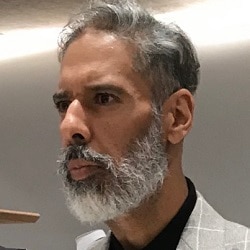 The head of Sharia law at a well-known chambers has expressed his shock after another barrister asked him to stop posting quotes from the Quran on LinkedIn.

Tahir Khan, who practises from Clerksroom, described the message from the barrister – whose identity he has not disclosed – as a “great illustration of unconscious or conscious bias towards my religious beliefs and my law practice”.

Mr Khan frequently posts quotes from the Quran on his LinkedIn feed; he also writes about cooking and cycling, alongside other law-related content.

The barrister messaged him saying: “Wasn’t sure whether to message you but have decided to do so. I really enjoy your posts about work and the bar.

“However can I please ask you to consider whether it is appropriate to post all of your religious messages on LinkedIn which isn’t meant for that purpose?”

In reply, Mr Khan said: “Thanks for the feedback. However, I disagree as my posts are versus [sic] from The Quran and the Hadith and consequently they form the framework which govern how I advise my clients in sharia law.

“Surely you would’ve took [sic] the time to consider my profile and the appropriateness of my messages.

“I am the head of sharia law at my chambers and this platform is suitable for my practice which also happens to be my religion. If you have a problem with my messages then I would ask you to respectfully remove me from your connection.”

Mr Khan shared the exchange with his connections on LinkedIn, saying the barrister had “clearly” failed to “stop, pause and think”.

He went on: “One should always read about and even go as far as talking to the individual and then weighing up the evidence before you comment on the appropriateness or inappropriateness of material being posted.”

He received a wave of support from other lawyers. After one expressed their shock at the request, Mr Khan replied: “It’s very worrying with the author being a seasoned barrister. Shocking is an understatement to say the least.”

Echoing that was a response describing the message as “really disrespectful”. It went on: “It’s your account and I believe as long as it doesn’t hurt anyone, why should you NOT post what you wish to?”

Barristers and solicitors of other faiths or no faith said they liked the positive messages of the quotes. “And if they were from one of those management guru books no-one would bat an eyelid,” observed one barrister.

A student wrote: “You’ve actually probably inspired a lot of young Muslims into the profession by being so open about your faith – keep up the good work brother!”

Mr Khan told Legal Futures: “My posts are similar to publishing provisions of the Civil Procedure Rules that underpin what civil practitioners do.”