Barrister and solicitor thrown out of profession for sex offences 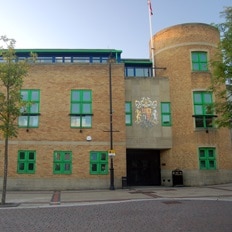 A barrister jailed for 10 years for multiple sex offences has been disbarred, while a solicitor convicted of three offences and handed a suspended sentence has been struck off.

Clyde Stevens, 60, was convicted of nine offences committed against the same person by a jury at Luton Crown Court back in 2017.

They consisted of four charges of committing or inciting an act of gross indecency with a child, four charges of indecent sexual assault on a female under the age of 16 years and one offence of assault by penetration.

The Bar disciplinary tribunal said Mr Stevens, called in 1978, had “failed to report promptly or at all” to the Bar Standards Board that he had been charged with and the convicted of the offences.

According to newspaper reports from the time, Mr Stevens – formerly a magistrates’ clerk – sexually abused a girl on several occasions during the 1970s in Bedfordshire, with the abuse starting when the victim was just nine years old.

Then, in 2016, he met up with his victim and sexually assaulted her again.

It was after this incident that the woman came forward and a police investigation was launched.

Meanwhile, solicitor Donald Anthony Ramsbottom was struck off by the Solicitors Disciplinary Tribunal following his conviction last November for two offences of sexual assault on a child and one offence of making indecent images of a child.

He was sentenced to imprisonment for each offence of four months, to run concurrently, suspended for 24 months.

Mr Ramsbottom was ordered to pay a victim surcharge of £115 and prosecution costs of £350.

The Crown Court ordered the destruction of the solicitor’s computer and made him subject to a sexual harm prevention order for seven years.

The Solicitors Regulation Authority said, in an agreed outcome with Mr Ramsbottom, that he accepted that “the level of culpability and harm from his misconduct is high”.

It went on: “The respondent agrees that, by his conduct in relation to the criminal convictions, he has failed to act with integrity and that he has failed to maintain the trust the public places in him in the provision of legal services.”

Mr Ramsbottom was also ordered to pay costs of £1,120.