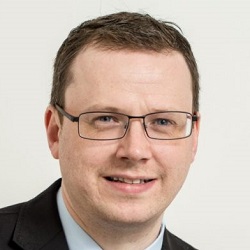 A practising barrister and sole director of an alternative business structure has added a third string to his bow by launching a legal recruitment firm.

Andrew Mckie said he launched Mckie Recruit last month because of the challenges he faced in recruiting staff for his practice.

He said Mckie Legal, which opened in 2019, employed 12 people, including a barrister consultant and three solicitors, working on personal injury, clinical negligence and housing disrepair cases.

However, small law firms faced “huge difficulties” in the recruitment market, which led the firm to develop its own recruitment systems.

“We thought if we could do it, we could offer that to the wider market, especially small firms, and help them recruit at a lower cost.”

While the big recruitment consultants charged commissions of 15-18% of the first year’s salary, she said Mckie Recruit charged 12.5% or 10% for a first instruction.

Apart from cost, Mr Mckie said he “did not get particularly good results” from the established recruitment firms.

“One of the frustrations we had was being approached on behalf of candidates with none of experience we had requested in our brief to the agency.”

He said Mckie Recruit would only place lawyers in the sectors where his law firm worked – claimant personal injury, clinical negligence and housing disrepair.

“My view is that a person who finds a lawyer should be a lawyer. We’re not interested in recruiting sales people.

“That is our differentiator. The areas we concentrate on are the ones we practise in ourselves.”

Mr Mckie qualified as a solicitor and was called to the Bar in 2011. He is head of the personal injury group at Clerksroom. He founded personal injury specialists Barrister-Direct, an entity regulated by the Bar Standards Board, in 2015 with barrister Ian Skeate.

He left the business in 2019 to set up Mckie Legal, which is regulated by the Solicitors Regulation Authority.

The barrister said that since his recruitment firm started trading three weeks ago, it had advertised 14 roles for eight law firms and placed its first recruit on Friday last week, a housing disrepair lawyer for a law firm in Manchester.

Mr Mckie described the jobs market for lawyers in the North-West as “very buoyant”, having “come back very strongly” in the last few months.

He said the main areas of activity were housing disrepair, employers’ and public liability, and additional areas like data breaches and Japanese knotweed.

“Most of our clients are in Manchester or Liverpool. People were very nervous about moving. That has now gone, and there are a lot of requests for hybrid working.”

Mckie Legal opened an office in St Helens this week, following requests from staff who wanted to work there one or two days a week, rather than working a full week at home.

His aim is for Mckie Legal and Mckie Recruit – which are separate businesses – to grow organically and not become big. “Small firms are probably the most profitable.”