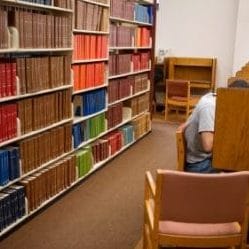 Students on the Bar professional training course (BPTC) have written a letter to the Bar Standards Board (BSB) to object to its decision to cancel the April sitting of the centralised examinations due to the coronavirus.

A joint letter from 201 students at multiple providers called for the regulator to allow the assessments in civil litigation, criminal litigation and professional ethics to be conducted online.

A near-identical letter is being prepared to send to the Solicitors Regulation Authority by legal practice course students.

The BSB said earlier this week that cancelling the exams was consistent with the advice about travel and social distancing.

“The next scheduled opportunity to take the centralised exams will be August 2020 but we will need to keep this under review as the situation develops.”

The students stressed that they were not seeking “to prioritise our concerns over those of others”, but to explain their concerns.

“A simple postponement of exams may be thought to be the least disruptive option, but the BSB’s current proposals will have significant long-term effects on students, chambers, academics, teaching staff, and university staff,” the letter said.

“It is essential that the BSB considers not just the regulatory impact of COVID-19 on the Bar, but also its human impact, and this requires it to make adjustments to the format of the exams.”

It said the main problem was the possibility that the August sittings would not happen either if the situation with coronavirus has not sufficiently improved.

“The delay which the BSB’s current proposal is likely to lead to is therefore an indeterminate one, kicking the can down the road rather than developing a substantive solution.”

It highlighted how difficult this would be for international students who were not planning on being in the UK beyond May, and for those due to start pupillages in the autumn.

The students outlined a range of other problems caused by the delay, for example of those due to be starting jobs over the summer to support themselves financially, and those with fixed leases in London – “including those of us living in scholarship accommodation in the Inns of Court” – which were due to expire over the summer.

The answer was to change the format of the exams, rather than the timing, they said.

“The civil and criminal litigation exams could be assessed by virtue of an online test from home, perhaps using tried-and-tested software like Examplify. Professional ethics could also be assessed remotely… or perhaps it could be assessed during the pupillage year (in line with the plans for the reformed Bar course from next year).

“The assessments could take place in line with the original timetable and be finished by the end of May 2020, thus preventing all of the knock-on consequences.”

The letter recognised that the BSB may have concerns about the exams being open-book, but pointed out that many of other BPTC assessments were done that way.

“Second, using software like Examplify would enable the exams to remain time-constrained, thus limiting students’ ability to rely on the books too much.

“Third, the assessments are due to become partly open-book from next year anyway, presumably because the BSB’s primary concern is whether future Pupils are able to find the correct information quickly rather than whether they have memorised it; and there is no credible reason why similar arrangements could not be brought forward to the current academic year.

“Fourth, to mitigate the danger of collusion, the BSB could require us to sign a declaration sheet in the same way we are currently required to do for many of our provider-set assessments.”

The letter argued that, although the assessments might be thought to be slightly ‘easier’ than in previous years, “the BSB has to remember that these are unprecedented times, and previous year-groups have not had to deal with trying to study and revise in the midst of a global pandemic”.

The students concluded: “There are creative solutions available. The BSB’s current proposal is not one of them. In these exceptional times, the BSB must do all it can to minimise disruption to students and to the Bar more broadly.”

Since the letter was sent, the government has cancelled all GCSE and A-levels, with teachers set to assess the appropriate grades for students.

A BSB spokesman said: “We are very conscious that this is an uncertain and worrying time for students but, at the current time, we have nothing further to add to the statement we published earlier in the week.”

The letter to the SRA – so far signed by 683 students – will be sent on Monday.