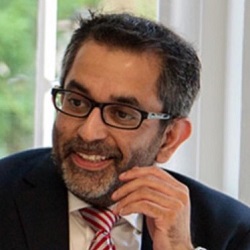 Bar students should be given detailed information from chambers about their pupillage criteria to avoid suffering from “buyer’s remorse” when they realise how difficult it is to succeed, a barrister and former Bar course teacher has argued.

Ishan Kolhatkar, general manager (UK) at educational technology specialist Inspera, said law students he met at pupillage fairs and other events were “dead set” on a career at the Bar and it was “impossible to dissuade” them from applying for the course.

A Bar Council report published earlier this month, based on data from the Pupillage Gateway, found that competition for pupillages is tougher than ever, with an average of 150 applicants for every pupillage advertised on the gateway.

Writing for the Bar Council’s magazine, Counsel, Mr Kolhatkar said that during his 10 years of teaching on the Bar course, he attended “countless” pupillage fairs and outreach events, where he met students “each unswerving in their belief that while the odds weren’t great, they would be ‘the one’”.

He went on: “Pre-course, it really was impossible to dissuade candidates from applying. Even where you could quote their likely prospects of success given their academic background and experience, they were sure that they would be the person who would defeat the odds.

“There is, I suspect, an element of self-belief which, in many cases, becomes buyer’s remorse upon completion of the course.”

Mr Kolhatkar said candidates were “aware of the raw number of pupillages” and “to some extent” what chambers were looking for, though in most cases it did not extend much beyond ‘a first or upper second-class degree with an aptitude for the Bar’.

Meanwhile, the “sheer breadth and depth of experience demonstrated by those applying for pupillage” increased every year.

Mr Kolhatkar considered three options for dealing with the “glut” of students who pass the course but do not secure pupillage.

These were allowing only those who have secured pupillage to take the Bar course, reducing the number of course providers or only permitting students to be called to the Bar after they have started pupillages.

In each case he cited strong arguments against each option, before moving on to a fourth – allowing students to make “data-driven decisions”.

He said the time had come for “a greater amount of specific information” to be given to pupillage candidates. For example, 5 Essex Court wrote a “comprehensive annual report on its recruitment” and Keating Chambers published its mark scheme, but they represented “a minority”.

Mr Kolhatkar said candidates ought to know how their pupillage applications were being scored, for example how many marks were awarded for a first-class degree, and whether there was a “cut-off score” for interviews.

This would allow candidates, or their advisers, to perform “a realistic appraisal of their application” and prospects of success. The “sheer numbers” of applicants made it impossible for chambers to give feedback at the early stages.

Mr Kolhatkar said chambers should go further by publishing “statistics of the academic credentials and institutions attended at the application, sift and interview stages” of their recruitment processes.

“Past performance is not a guarantee of the future but it does give candidates a useful steer.”

He said technology could be used to cut the administrative burden, with candidates required to submit basic information to the Pupillage Gateway in return for an application number.

This meant that chambers would only have to report on a “sheet of numbers”, indicating who was interviewed and who was successful.

Mr Kolhatkar added that the Pupillage Gateway, which is currently only used by around half of training providers, should be used by all chambers.