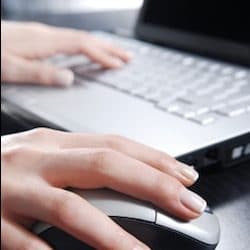 Online exams: Some students will have to wait until December

A “small number” of Bar students were affected by technical issues that prevented them from completing their first online exam, the Bar Standards Board (BSB) said yesterday amid a stream of complaints, along with calls from practitioners for the regulator to act.

Students who were meant to be sitting their ethics exam took to social media to highlight the difficulties they were having – with the standard message they received from Pearson VUE, the company running the system, saying it would respond to complaints within three to five days.

The final sitting of the ethics exam is Friday, while those whose systems failed during the test, rather than before, will have to wait until it is run again in December as they have seen some of the questions.

The online system the BSB has arranged so that students can take the centralised Bar professional training course exams has been the subject of sharp criticism on several grounds, particularly from those with reasonable adjustments.

Several students recounted yesterday how that they were able to ‘check in’ for the exam, but when it launched, they just saw a black screen.

One tweeted: “I checked in. Screen was black, but chat function worked & I was asked to face the screen. I repeatedly asked where my exam paper was. After 10-15 mins the chat function disconnected. I sat for 2 hrs with a black screen. I couldn’t even exit the program.”

Others said the system failed during the exam. A student tweeted: “In the middle of my ethics exam, the exam cut out. It then started loading again but would not reconnect to allow me to edit or submit answers. I could see my most recent answer to question 4B had been deleted and the timer was still counting.”

Another student said: “I particularly liked starting my exam 30 minutes late because the system wouldn’t connect! Or scratchpad deleting my notes past a certain word count, or my exam pausing at 47 mins to crash before reloading only half of the question I’d been typing out.”

Other complaints included the fact that, unbeknown to students, the clock started ticking not when the first question was shown, but when administrative information and several click-through pages of instructions to operate the system came on screen.

Some found the online proctors difficult: “I was interrupted throughout the ethics exam by my proctors (had 3 in total) for things like leaning forward; leaning back in my chair; momentarily looking around.”

Another wrote: “Throughout, they were rather rude to me with curt messages like ‘sit up’ or ‘stop looking away from the screen’.”

Despite the heat of the day, the fact that students were not allowed to leave their computer, for example to go to the toilet, meant that several said they had to forego drinking water during the 165-minute test.

The technical requirements also caused problems. A student said: “I just realised I have no system on which to take my exams – my personal laptop is Windows 7 (‘strictly prohibited’, apparently), my work laptop has a VPN. Economically discriminatory, imo [in my opinion] – students are assumed to have the newest and most expensive tech.”

Several barristers spoke out in support. The Secret Barrister tweeted: “The state of this year’s Bar exams is an utter disgrace. This year’s cohort of students deserve at the very least a full apology.”

John McNamara of 5SAH said: “If this has impacted anyone with a pupillage offer commencing then [the BSB] should expedite a new exam to ensure offers can be met. Hard to believe our regulator appears to have failed many who are the future of the profession.”

Michael Etienne of No5 Chambers added: “These are unprecedented times but the shambolic way that Bar exams are being administered is causing unnecessary hurt & harm & bringing the profession into disrepute. The [BSB] must get a grip on this once & for all.”

In a statement, the BSB said it has “worked hard” to ensure that students were able sit the tests.

“Pearson VUE is responsible for delivering the examinations and we understand that nearly all students’ exams taking place today were completed successfully.

“Pearson VUE is highly committed to responding to students’ concerns in a timely fashion. The automatic response email to general inquiries reflects a three-to-five day waiting time, however all concerns – especially urgent concerns – are always addressed as quickly as possible.

“There were a small number of students affected by technical issues that have prevented them from accessing their exams.

“Pearson VUE has or will be rearranging their exam to take place on another scheduled sitting date subject to availability. Students who have accessed the exam but experienced a technical failure during the course of it will be allowed to defer to December without penalty if they have not successfully completed enough of the exam to achieve a pass.”

Contacted separately, Pearson VUE directed us to the BSB’s statement.

The BSB has previously confirmed that those whose exams have been delayed will be able to start their non-practising part of pupillage before their results are known, so long as those providing their pupillage are content for them to do so.

One student whose exam cut out halfway through tweeted this morning that her pupillage was conditional on passing the course by November.