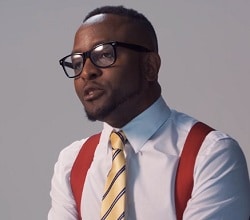 The Bar Standards Board (BSB) is to regulate a law firm led by a fellow of the Chartered Institute of Legal Executives (CILEx), it has emerged.

No practising barristers will be involved in the firm, but Frantz Iwu, currently principal of immigration firm Gregory & Co, is an unregistered (ie, non-practising) barrister.

That firm is regulated by the Office of the Immigration Services Commissioner (OISC).

The new practice comes on the heels of solicitors setting up an alternative business structure regulated by the BSB. The BSB currently regulates 80 entities and seven ABSs.

“The BSB was very helpful, and easy to contact,” Dr Iwu said. “They worked with us through the process. The BSB handbook is much more user-friendly and easy to follow than the others, and their authorisation and renewal fees are lower.”

Dr Iwu – the chief examiner for immigration and probate practice at CILEx Law School – will continue to be regulated as an individual by CILEx Regulation.

He said he hoped his firm would aim to take on barristers, solicitors and chartered legal executives in the future, whether on an employed or freelance basis. He also hoped it would expand from immigration into commercial and IT law.

His career path since he arrived in the UK as a student from Guyana has been an unusual one.

Then he went to BPP Law School in Manchester, where he took the graduate diploma in law and legal practice course before embarking on the Bar professional training course in Leeds because he wanted further training in advocacy.

While studying at BPP, Mr Iwu said he set up an immigration practice, working in the evenings and at weekends, and gaining authorisation from OISC.