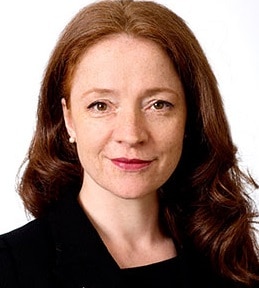 Vine: We are working far beyond effectiveness

The Bar Council has issued its first series of certificates to recognise efforts made to support the wellbeing of barristers, clerks and chambers’ staff.

The move came as the Criminal Bar Association (CBA) – itself one of the 31 chambers, inns and specialist Bar associations to receive a certificate – warned of a “crisis” in the wellbeing of its members.

The certificates were handed out at the Bar’s annual conference on Saturday and the Bar Council said that whilst many of the recipients had introduced new policies, governance arrangements and a wide range of initiatives, “we also acknowledge others who are just starting out with something simple like a yoga or mindfulness class”.

Activities recognised ranged from Dragon Boat racing, massage and re-introducing chambers tea as a way of barristers getting together to support each other, to active listening training, mentoring programmes, mental health and resilience training, and appointing wellbeing officers.

Rachel Spearing, chair of Wellbeing at the Bar – the dedicated service set up a year ago – said: “We have been delighted by the response to the wellbeing certificate initiative and, judging by the applications, the efforts of so many across the Bar to promote resilience and wellbeing.”

CBA wellbeing officer Sarah Vine, who practises at 187 Fleet Street, wrote yesterday that “even those who start off with a rather wry scepticism, asking if it’s all about scented candles and chanting ‘Om’ in the robing room, will generally concede the necessity to do something about what I am rather boldly going to describe as a crisis in our profession”.

She continued: “Most seem to agree that mental illness (stress-related conditions, wellbeing issues – call them what you will, they are ultimately all health problems) should not be a source of shame, but few are prepared to admit to them. It is a brave barrister who blinks first…

“We carry huge burdens of responsibility for those we represent. We deal with material which is often acutely distressing, and with people who are having the worst day of their lives.

“We are painfully aware that a single ill-judged question can be the undoing of our case. We have sometimes to deal with tribunals who do not want to listen, with imperfect judges, irascible opponents and instructing solicitors who are spread too thin. The expectations on us from the government and the judiciary escalate without any sign of relenting and, all the while, the money we are paid dwindles.

“Is there anyone reading this who has not stared at their bedroom ceiling at 3am, gnawed awake by financial worries? I doubt it.”

Ms Vine said the physical dimension should also not be ignored.

“We work in poorly maintained buildings, with no catering facilities, where conference rooms are made unavailable to us for ‘operational’ reasons, where we have no natural light and the air-conditioning/heating is controlled off-site. None of these failings do anything to ameliorate the stress.”

She recounted that Susan Acland-Hood, chief executive of HM Courts & Tribunals Services, told the annual conference that “we have reached the limit of asking people to work harder; we need to change the way we work”.

Ms Vine said: “It is hard to disagree, for we are working far beyond effectiveness.”

Despite the Bar’s “well-intentioned allegiance to the ‘show must go on’ mentality”, she said research indicated that sick people pretending to be healthy are not better than nothing – “they are worse”.

“The greater the sense of insecurity in an occupation, the higher the risk of presenteeism. A reluctance to say ‘no’ is undermining the quality of our work and the very fabric of the criminal justice system.

“We owe it to the individuals and the wider communities that we represent to do everything we can to be as healthy, effective and resilient as possible. We need to talk, and we need to start telling the truth.”