Bar Council steps up war of words with Legal Services Board 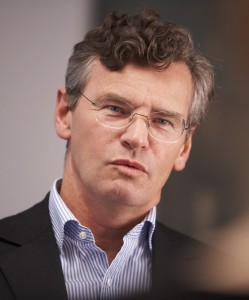 Todd: no apologies for cautious approach

The Bar Council has issued a sharp rebuke to the Legal Services Board (LSB) for criticising how it is approaching the legal services reforms, saying that while “our regulators talk about key performance indicators, we talk about the interests of justice”.

Writing in the Bar Council’s Counsel magazine, he said that rather than barristers’ representative body embracing “the positive changes we have sought to make”, there was instead the “classic response of those defending a vested interest – a desire to argue over every detail, to define very detailed rules, and to assault the legitimacy of the regulator”.

In his retort in the latest issue, Bar Council chairman Michael Todd QC said that “unless you are on firm ground, you are likely to trip over, whether you are rushing headlong down a particular course, or whether you are simply walking forwards briskly”.

He argued that barristers were following their professional instincts by examining the fine details of the reforms. “I can well understand that people outside the profession, or on the periphery of legal services provision, may find the Bar’s approach cautious and perhaps even at times frustrating. But I make no apologies for that. That is the way we work…

“The fact that the Bar may not be embracing change as readily, as enthusiastically or as quickly as others may wish, is not a sound basis for criticism, and to the extent that it is any basis at all, it is hollow. It derives from ignorance of what the Bar does, how it operates, why it operates in the way it does, and above all of its values, and, perhaps even worse than that, it discloses an unwillingness to try and understand and properly to engage.”

On alternative business structures, Mr Todd said the Bar’s approach is to examine their integrity and consider the potential for conflicts of duty and interest which may arise: “The fact that such structures may be permitted by statute does not mean that such conflicts do not arise or that they are permitted to exist…

Mr Edmonds expressed surprise at the Bar Council turning to government to constrain the independence of the statutory regulator, warning the Bar to “be careful what you wish for”. Mr Todd said: “As has often been said: ‘Be careful what you wish for.’ If you destroy that which has taken 800 years to build, you will never be able to replicate it when you realise that you got it wrong.”

He concluded that while he welcomed change, it must be incremental and well thought through “to ensure that the best of what you have at the moment is not harmed”.

In a separate, direct response to Mr Edmonds’ comments, in the same issue of Counsel, Mr Todd was particularly critical of the LSB’s costs, saying the board “appears to treat themselves as being unaccountable to those who pay for the activities they undertake”. He said following recent meetings with ministers “I have detected some sympathy for the notion that the legal profession may be being ‘over-regulated’… If we can make that case effectively, Mr Edmonds, far from ‘walking forwards briskly’, will be ‘skating on thin ice'”.