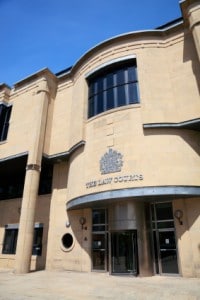 Courts: barristers not to blame for falling standards

It is solicitors, and not barristers, who are to blame for the decline in advocacy standards that has led to the Quality Assurance Scheme for Advocates (QASA), the Bar Council has claimed.

It has also expressed strong opposition to allow solicitors who do not conduct full trials into the scheme in a special category of ‘plea-only advocates’, saying it is not in the public interest.

In its response to the fourth and final QASA consultation – which was as critical as those issued last week by the Criminal Bar Association, Law Society and Criminal Law Solicitors Association – the Bar Council said the decline in service of some advocates is evident to anyone involved in the administration of criminal justice.

“The principal cause is the involvement of higher court advocates in trials or appearances beyond their competence. There are very few criminal barristers who fail to act competently.”

Arguing that all those covered by QASA – solicitors, barristers and chartered legal executives – should be judged against the same standards, it said the introduction of a category for plea-only advocates, which followed extensive lobbying by solicitor groups, would not be in the public interest.

The Bar Council said the consultation suggested that the move was solely in the interests of solicitors; “however, no consideration appears to have been given to the potential impact on defendants and victims.

The Bar Council also described the scheme as complex and expensive, and “unlikely to be capable of efficient application”, while calling on QCs to be exempt from it altogether on the basis that the award of the mark is more rigorous than QASA.

Bar Council chairman Michael Todd QC said: “Regrettably, the scheme as proposed is ill-considered. The proposals are not the product of evidence-based research nor demonstrable concerns. In seeking to appease sectional interests, they do not serve the public interest, which should determine the outcome of this consultation.”

By contrast, in its response the Solicitors Association of Higher Court Advocates (SAHCA) welcomed the movement on plea-only advocates, while also calling for them to be able to handle such hearings in the Crown Court. It also reiterated its long-running call for a route to progress all the way through the scheme that does not include judicial evaluation, which it said the Solicitors Regulation Authority had promised last year but not seen through.

Questioning the need for QASA at all, SAHCA generally supported the Law Society’s criticisms of the regime, including concerns over insufficient numbers of judges and trials for the number of assessments that will be required.