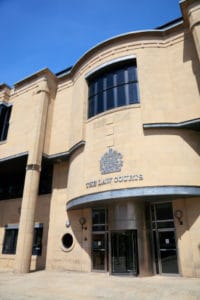 The Bar Council has strongly attacked a plan by the Bar Standards Board (BSB) for the compulsory registration of youth court advocates, the first scheme of its type.

It said the move did not address the “underlying issues of low pay and status” in the youth courts and risked deterring barristers from undertaking the work.

“Though the position varies from court to court, we understand that it is mainly solicitor-advocates rather than barristers that undertake the majority of youth court cases.

“Of these barristers, the majority are junior – typically pupils – and those who have recently completed pupillage. We accept that this is a potential problem.

“We suggest that this is principally due to the low levels of remuneration. Our view is that the pay frequently does not reflect the seriousness of the work nor the skill and experience required to do it well.”

The move is part of the BSB’s plan to improve standards of advocacy within youth courts, which led to a consultation.

The BSB said registration would allow it to identify all barristers who are working in the youth courts and, where necessary, take steps to ensure they have “the specialist skills, knowledge and attributes that are crucial when working with young people”.

In its response to the BSB consultation paper, the Bar Council suggested that a “far more effective approach” would be to support the work already being undertaken training criminal barristers in relation to vulnerable witnesses.

“We are concerned that the Ministry of Justice is likely to increase the number of cases heard at the youth court.

“If cases that were to be tried in the Crown Court are moved to the youth court where fees remain low, and there is the additional burden of registering with the BSB, we think that fewer barristers may be inclined to take on such cases and a greater number of cases will be impacted.”

The Bar Council was particularly opposed to extending the registration requirement to barristers undertaking any work involving young people.

“We are concerned that the registration requirement will diminish an already small pool of barristers undertaking youth court work.

“The proposed changes do little to address our concern that this work is often unpopular amongst more senior practitioners because of the low levels of remuneration and the low status afforded to it.

“We consider that compulsory registration will act as a further deterrent to barristers undertaking work in the youth courts.”

The Bar Council said youth court was paid at the same rate as adult magistrates’ court work, irrespective of the complexity of the work, meaning there was no graduated fee system and experienced barristers were unwilling to do it.

“This in turn leads to young barristers being encouraged to ‘cut their teeth’ there before graduating to Crown Court, which means that the quality of advocacy in the youth court may suffer.”

The Bar Council urged the regulator to be “mindful of the underlying problems affecting advocacy in the youth court” before considering whether compulsory registration was the “most effective means” of dealing with them.

It argued that registration as a competent advocate in this field failed to recognise the “wide-ranging nature” of the work, ranging from representing a streetwise 17 year-old who stole a packet of crisps, to acting for a 15-year-old boy with learning difficulties accused of sexually assaulting another child.

It said an alternative option would be to set up an advocacy panel, including solicitors, to ensure they were suitably qualified.

The Bar Council also disagreed with the BSB’s suggestion that youth court registration should appear on the regulator’s register of barristers, warning that it could be misunderstood and taken to be an “additional qualification”, which was not the case.