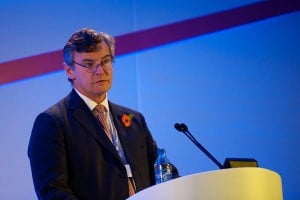 The new Lord Chancellor has said he is “sympathetic” with the notion that the legal profession is over-regulated, the chairman of the Bar Council has claimed as he stepped up his call for the Legal Services Board (LSB) to be scrapped.

Michael Todd QC said that following two discussions with Chris Grayling, “I believe we have someone willing to listen on that point”.

Speaking to the press during the annual Bar conference in London on Saturday, Mr Todd ratcheted up his recent war of words with the LSB, saying that he does not believe it “cares whether or not the Bar survives in its present form”.

He argued that the frontline regulators have proven themselves “quite able” to look after regulation and therefore there is a “very good case for disbanding the overarching regulator”. If it does continue, the LSB “should just be ensuring that the regulators regulate the profession in the public interest… It shouldn’t seek to shape the legal landscape in which we operate”. He accused the LSB of “looking for a reason for being”.

In July, despite heavy criticism from some of its stakeholders, the LSB received a clean bill of health from the Ministry of Justice’s triennial review.

Mr Todd also called for a requirement that all advocates – including solicitors and chartered legal executives – join the Bar and be regulated by the Bar Standards Board (BSB). They would be dual regulated with another regulator if they also conducted work outside of the BSB’s competence.

During his speech to the conference, Mr Todd said he has from time to time had a solicitor-advocate as his junior. “Often they had been ill-prepared and… their approach suggested a lack of independence from the client, viewing the case more from what their client wanted them to say, than what the judge would find attractive and engaging… Much of that was due to a lack of experience and training.”

He suggested that while solicitor-advocates focus on knowing the facts, barristers consider “integrity and independence” as the most important thing for an advocate.

He told the 500-strong audience that when he looks at what is happening to the solicitors’ profession, “I do see that the grass is not necessarily greener”; nonetheless, he warned that if the Bar does not take charge of its future, “we run the risk of being consigned to the history books”.