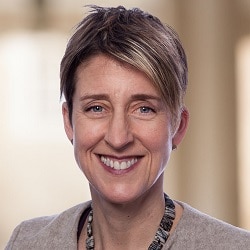 Positive action – such as giving female barristers preferential access to briefs after returning to chambers from career breaks – can bring about real change in addressing under-representation at the Bar, the Bar Council has said.

A push to appoint barristers from under-represented groups to chambers’ committees and offering mini-pupillages based on ethnic or social backgrounds are other examples, but chambers need to take care to ensure they can do not fall foul of the ban on positive discrimination in the Equality Act 2010.

In its newly published Positive action guide for chambers, the Bar Council’s equality and diversity committee said positive action “can and should make a difference”, but there was “nervousness” about using it.

Committee member Rachel Crasnow QC, who practises at Cloisters, wrote that “positive action can be used effectively for real change in addressing under-representation in training including pathways to pupillage, for career development via targeted access to specific streams of work and also the mitigation of disadvantage to under-represented groups via fixed bursaries or scholarships.

“These differ from ‘soft’ options and will require non-standardised usage and focus upon individual need, often for time-limited periods with inbuilt review points.”

The guide cautioned that positive action should not be confused with positive discrimination, or “recruiting or promoting a person solely because they possessed a relevant characteristic”, which is unlawful unless the person involved is disabled.

On preferential briefing for unallocated instructions, the guide said the first step was for the chambers to compile evidence.

“A chambers might have gathered earnings data for women who have returned from maternity leave, but not caught up with contemporaries by, say, 18 months after their return.”

This would show the impact of career breaks on women and whether it led to any departures. Everyone who might be affected by preferential briefing should be consulted in advance.

“Preferential briefing must be for a time-limited period with review measures put in place. Care must be taken not to swamp the returning individual and of course such a briefing method needs advance consent.”

The extent of the preferential treatment should be “designed to fit the circumstances”, for example an offer of one in three unallocated briefs for three months, which could be turned down if the barrister wanted.

If solicitors were seeking to increase the diversity of barristers they instructed in pursuit of their own positive action policy, chambers should be able “to assume they have done their due diligence and ask questions about it, the guide said.

“If chambers thinks the policy seems misconceived, there would be no compunction on chambers to give more weight to the initiative: the issue remains one for the firm.

“It would be useful for chambers to agree a policy internally to say when such requests are received chambers will be entitled to seek details of the endeavour; this should assist in avoiding the firm taking offence at a set’s wariness or reluctance to engage.”

Chambers that wanted to earmark a place on their management committee for a woman, for example, would have to show that circumstances warranted positive action.

This would include researching whether barristers in the under-represented group stood in past elections and, if not, why.

“It would be prudent to meet with them and find out if there are there factors which could be changed to encourage them to stand. If they did stand, but were not elected, chambers could consider anonymous questionnaires to uncover the reasons for members of chambers not voting for junior female tenants…

“It would be inappropriate to put such a measure in place before encouraging members of the under-represented group to stand.”

The guide said it was lawful to offer bursaries targeted as applicants from under-represented groups as part of a work experience package, for example to cover the costs of living in London.

It gave the example of a week-long mini-pupillage scheme operated by 1 Crown Office Row targeted at socio-economically disadvantaged applicants, which guarantees a first-round pupillage interview to those who perform well in assessments.

In “acute situations”, a chambers could “could probably justify earmarking a pupillage place” for a candidate from an under-represented group, but “it must do its homework”.

It would be “advisable” for chambers to show that “pro-active outreach measures”, such as targeted advertising, work experience talks and mini-pupillages, had been tried and failed before resorting to earmarking.

The allocation of pupillages, just like other recruitment decisions, are covered by section 159 of the Equality Act: where two candidates are “as qualified as” each other, chambers can prefer the one with a protected characteristic.

The guide stressed that this did not allow chambers to have a policy of promoting or recruiting people who shared a protected characteristic.

“However under-represented, a chambers cannot decide to or say ‘we will have a black or female-only shortlist for pupillage or tenancy applications’.”

It said section 159 was under-utilised because of a lack of guidance on what “as qualified as” meant, but the explanatory notes to the Act made it clear that it was not solely a matter of academic qualifications but all the criteria used by the employer to establish who was best for the job.