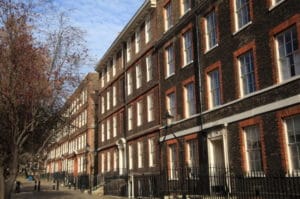 The Bar Council has strongly attacked plans by the Bar Standards Board (BSB) to force barristers to publish prices and internal complaints records.

The Bar Council said a requirement on chambers to publish hourly rates might end up decreasing transparency, with all market participants “except the inexperienced consumer” aware that “notional” rates were subject to discounts.

Responding to a BSB consultation paper, the Bar Council warned that in order to combat solicitors who demanded to be charged at the lowest rate “or below”, chambers may be tempted to publish “aspirational rather than representative” rates.

“The net effect might be equivalent to requiring hotels to publish their supposed ‘room rates’ in the reception area: anyone save the most naïve would be aware that that published rate did not represent the price actually payable.”

The Bar Council said concerns were centred on “workability, proportionality” and whether the BSB’s plans would promote competition or transparency. It said the BSB’s plans did not reflect the intentions of the Competition and Markets Authority (CMA).

“We do not agree that the approach the BSB proposes for enhancing prospective client awareness and driving competition flow from the CMA’s report.

“It is not a meaningful fit with more than a small proportion of the Bar’s work – all carried out at the most junior levels – and we have great doubt as to the value of adopting any requirements along the lines proposed.”

It emerged in October that the BSB’s plans extended beyond the scope of the CMA report in calling for price publication requirements to apply to barristers undertaking referral work where the client was entitled to complain to the Legal Ombudsman and potentially also to referral work within high-risk practices areas such as immigration, crime and family law.

The Bar Council argued that barristers’ services were not standardised, and were “qualitatively different” from those for which the CMA called for price transparency.

The Bar Council said the CMA excluded the criminal Bar from its study, where most work is publicly funded, and said that a large amount of family work was also publicly funded, “rendering it equally inapposite” for the new requirements.

“We do not believe an evidential case has been made out that the way in which barristers currently provide information on pricing impedes consumer choice or competition.

“Almost none of the legal services included in the LSB-commissioned prices survey, on which the CMA based its findings, involve barristers.”

The Bar Council was equally scathing about plans to force chambers to publish records of internal first-tier complaints.

“We believe that it would be difficult to publish information about the outcome of complaints in a manner that would be useful to prospective clients.

“For the data to meaningful, there would need to be included a description of the complaint and information about whether it was upheld. This would be problematic for reasons of client confidentiality.”

The Bar Council went on: “Publishing meaningful statistical information is problematic for several other reasons.

“Many sets of chambers that we spoke to said that they receive very few complaints and that publishing figures would not provide any useful information to clients because there were so few as to be statistically insignificant.”

The Bar Council said the BSB seemed to acknowledge in its consultation paper that figures may be skewed because certain areas of work “inevitably attract” more complaints than others, such as family law or public access work.

Even if the BSB’s new disclose requirements were limited to public access work, a “more narrowly tailored approach” was required, so that, as in the Solicitors Regulation Authority proposals for price transparency, they were limited to specific kinds of work.