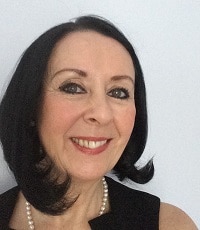 The Bar Council has joined forces with the two Preston-based barristers behind the Direct Access Portal (DAP) to relaunch it as the “go-to website” for consumers looking for a barrister.

The portal, which acts as an online register and does not provide additional services, will replace the Bar Council’s existing direct access register.

Pru Beever told Legal Futures that she set up the original DAP a year ago with colleague Mike Whyatt. Both practise from 15 Winckley Square Chambers in Preston.

“The difference between our site and other sites is that it is completely free,” Ms Beever said. “There are no strings attached whatever… None of us want to upset solicitors – it’s just the way things are going. We need to adapt and change. Solicitors, I feel, are better than us at adapting to new circumstances.”

Paul Mosson, director of services at the Bar Council, said: “The Direct Access Portal is a no-nonsense way for members of the public and businesses to find the right direct access barristers for their needs.

“There’s no hidden catch or complicated system or fees for consumers. The portal will be their go-to website to find a barrister.

“Direct Access barristers who pay the Bar Representation Fee of £100 per year will be able to list on the portal for free.”

Mr Mosson added that the portal showed that “innovation at the Bar is alive and well”. The new version of the Direct Access Portal will be launched in Manchester on 1 July.

Ms Beever said she had developed and financed the portal jointly with Mr Whyatt and her husband, retired airline pilot David Jupe.

“We took a long-term view and did not expect any remuneration for some years to come, though we hoped to get some money back from advertising. We felt that direct access work was not being publicised, and a lot of chambers were worried about offering it because solicitors were unhappy.

“Our aim was to bring to the attention of the public barristers who wished to offer their services directly, without any charge to the public or the barrister.”

Ms Beever said there were around 280 direct access barristers on the site, but the total number of barristers involved was much higher – up to 8,500.

She described herself as “delighted” to be entering into an “equal partnership” with the Bar Council. The Bar Council is providing three directors for the company which owns the portal, with Ms Beever, Mr Whyatt and Mr Jupe providing the other three. A trade mark application for Direct Access Portal has been made.

“Direct access will become more commonplace over time,” Ms Beever predicted. “I don’t think solicitors need to worry. We refer work back to solicitors, if we need to.”

However, she said that even with the legal aid cuts, a lot of people, particularly in family or criminal law, could not afford to retain a solicitor and it was a “relief” for judges not be faced with a litigant-in-person.