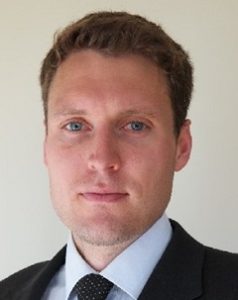 Jones: benefits for chambers of third six pupils are plain

The Bar Council is looking at whether it needs to take action to protect ‘third six pupils’ from exploitation by chambers as they try to stay in the profession and find a tenancy.

It is asking barristers for views on whether this area should be regulated and/or offer guaranteed earnings among other possible reforms.

A third six pupil is technically not a pupil, but rather a qualified barrister who has not secured tenancy, usually at the end of his or her pupillage. There is no limit on how many third six pupillages a barrister can undertake, and it need not last six months.

Rupert Jones, a barrister at Citadel Chambers and a member of the Bar Council’s third six pupillages working group, described such barristers as living in “an unregulated world between pupillage and tenancy”.

In a blog for the Bar Council, he continued: “Yet for hundreds of newly qualified barristers, many with thousands of pounds of student debt, it’s their only option if they want to stay at the independent bar.”

The Bar Council website lists third six vacancies and Mr Jones said they “come up frequently in all areas of law and at chambers of the highest repute”.

He continued: “The benefits for chambers are plain. You get to pick from a pool of high-quality applicants – in many cases exceptional candidates whose hopes of securing tenancy were foiled only by an even more exceptional candidate. You don’t have to pay them an award. You can use them to service your solicitors and do the work no one else wants to do.

“You can even charge them chambers rent when they do it. You don’t have to give them a vote on chambers issues. Best of all, you can decide whether to offer them tenancy at a time that suits chambers, if at all.

“All this leaves the third six pupil with none of the securities of pupillage: no guaranteed fee (though some chambers do offer a financial arrangement); usually little or no training or supervision; and often no idea about their prospects of tenancy. The only thing that differentiates them from a squatter, apart from a slightly more appealing name, is the possibility of tenancy – and even then that may be illusory.”

Mr Jones acknowledged that the flexibility of the third six made it “all the more attractive to chambers”, with the result that opportunities were created that would not exist if red tape interfered with the process.

But he added: “A third sixer is in a vulnerable position and at risk of being exploited. They have little or no bargaining power. They are keen to please and impress. They may be in a perilous financial state. While the third six may be a voluntary agreement, the reality is that third sixers have no real alternative if they are to hold on to their chosen career.”

The working party is seeking barristers’ views on “everything to do with third six pupillages”, including good practice and even a name change.

Those with views should either e-mail Alex Cisneros (acisneros@barcouncil.org.uk) or take this survey.