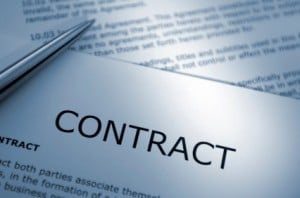 The new regulations came into force on 13 June

The Bar Council has announced that it will shortly be issuing guidance on the new consumer contract regulations – more than a month after they came into force and two months after the Law Society issued its guidance.

In a tweet last week, the Bar Council said it had received “queries” from barristers about the regulations, that the issue was “being considered as a priority” and “a document will be issued by 25 July”.

The Consumer Contracts (Information, Cancellation and Additional Charges) Regulations 2013 came into force on 13 June this year.

The Public Access Bar Association (PABA) issued guidance on the new regulations the day before they came into force.

Mr Granville Clarke said that under the regulations it would be a criminal offence to enter in to an ‘off-premises’ contract (but not a distance contract) without giving the required information.

“There is a ‘due diligence’ defence, but as it requires proving the commission of the offence was due to someone’s else’s default it is unlikely to apply to a barrister/client contract.”

Mr Granville Clarke added that the Law Society’s guidance was more helpful than that produced by the Department for Business, Innovation and Skills, much of which would not apply to public access work.

Craig Budsworth, chairman of the Motor Accident Solicitors Society, warned personal injury lawyers in May that failure to comply with the regulations, which apply to conditional fee agreements signed inside and outside the office, could result in unenforceable contracts, loss of fees and fines from the Legal Ombudsman.

The Law Society issued its guidance on 14 May, warning that the new regulations would apply to a “wide range of contracts” made between solicitors and their clients.

One of the changes is the extension of the cancellation period for consumer contracts from seven to 14 days. The latest regulations replace those introduced in 2008, covering sales made in the office or the client’s home, and earlier distance selling regulations.

A spokesperson for the Bar Council would not comment on where the queries had come from that prompted it to prepare the guidance, other than they were directed to the ethical enquiries service and were therefore confidential.