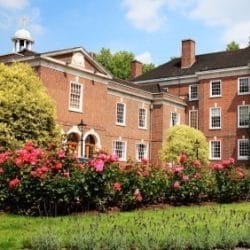 Bar: Associations and chambers have undertaken considerable amount of training on handbook

The Bar Council has strongly criticised the Bar Standards Board (BSB) for bombarding barristers with updates to its handbook which risked becoming “overwhelming”.

Responding to the BSB’s call for evidence for a handbook review, the representative body warned that any “fundamental reconsideration” was likely to bring “further, avoidable confusion and disruption”.

The Bar Council urged the BSB “not to implement any significant change in their approach from the current BSB handbook at this stage” unless there was “evidence and justification”.

It went on: “Furthermore, the Bar Council notes the frequency with which the BSB Handbook is amended by the BSB; three versions have been issued this year alone.

“Such frequency of updates risks being overwhelming to the practising Bar. The dangers of such continual amendment may ultimately be counter-productive to effective regulation.”

The Bar Council said it was still not reconciled to some of the changes brought in when the current handbook was launched in 2014.

Two years before, it strongly objected to the addition of two new core duties, relating to management of a practice and providing a competent standard of work.

The Bar Council said the ‘outcomes’ introduced in 2014 were “generally seen as somewhat vague and not particularly useful for practical interpretation of a barrister’s conduct in any given scenario”.

It was aware from a BSB event held earlier this month that the regulator was considering the “optimum balance” between a principles-based and more prescriptive rules-based approach.

“The Bar Council notes the potential benefits of prescriptive rules and guidance as providing certainty in clear boundaries, along with often useful tools which preclude each barrister needing to ‘reinvent the wheel’ (e.g. in producing certain chambers’ policies or wording to be used in interactions with clients).”

There were also benefits to the principles-based approach, including “greater responsibility and ability for both the profession and the regulator to make judgement calls as appropriate in different circumstances”.

The Bar Council said there was currently a “reasonable balance” between the two approaches and “little, if any evidence” to warrant any large-scale change to it.

The introduction of the new handbook in 2014 was described as a “significant change, to which the profession to a large extent is still adapting”.

Since then, the Bar Council, specialist Bar associations and chambers had carried out a “considerable amount of training”, while its ethical enquiries service (EES) advisers dealt with around 500 telephone and 50 written enquiries every month.

“To fundamentally change the BSB’s approach as set out in the current BSB Handbook would result in significant disruption to advisers’ ability to assist barristers on the EES, and on barristers’ ability to rely on both the BSB’s guidance and the Bar Council’s library of advice documents published on the Ethics Hub.”