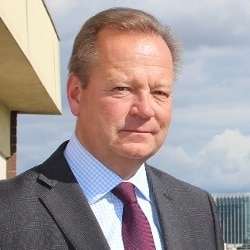 The Bar Council is applying for a £5m loan under the government’s coronavirus business interruption loan scheme (CBILS) amid concerns that nearly a third of legal aid barristers may leave the Bar next year.

As-yet unpublished statistics from the Bar Council’s latest survey of the profession show the financial toll Covid-19 has extracted from the self-employed Bar, with fee income across the board down 59%.

Barristers’ practising certificate fees are based on their income and speaking at a virtual meeting of the Bar Standards Board (BSB) yesterday, Bar Council chief executive Malcolm Cree said it was applying for the CBILS loan – £5m is the maximum that can be borrowed – in anticipation of a very substantial fall in barristers’ income.

In a statement after the meeting, a spokesman explained: “Like any organisation in these uncertain times, it is prudent to look ahead and ensure we are sustainable.

“We took action to save costs early on during lockdown by furloughing some staff, freezing recruitment and pay increases as well as cutting major projects from the organisations business plan.

“The future remains unpredictable and by applying for a loan, which has yet to be approved, we are taking the necessary precautions to ensure we can continue to represent and support the profession through what is, for many, a particularly challenging time. Better to be safe than sorry.”

In late April, the Bar Council and BSB announced a series of measures – including furloughing – to make savings of more than £200,000.

The Bar Council has surveyed barristers for a second time during the crisis – the first survey, in April, said the future for the Bar was “bleak” if work streams and earnings did not improve.

Some 29% of publicly funded barristers are uncertain whether they will renew their practising certificate next year, a figure rising to 38% for those working in crime. Criminal law barristers have seen an average 60% reduction in hours worked and 75% cut in fee income.

The large majority of barristers (80%) do not feel that people are able to access justice at an acceptable level during the pandemic.

Also speaking at the BSB meeting, Bar Council chair Amanda Pinto QC said she had been shocked by the number thinking of leaving the Bar.

She expressed bitter disappointment that the government was not providing any of the support the Bar Council has been asking for, indicating that she had at least expected it to allow recently qualified barristers without a 2018/19 tax return to provide other forms of evidence to demonstrate their eligibility for the self-employment income support scheme.

Ms Pinto outlined how she was in contact with the Ministry of Justice sometimes several times a day, but said officials did not take the results of surveys such as the Bar Council’s “seriously”, and believed that everything would be back to normal when the courts returned.

She pointed out that this did not help those without aged debt to tide them over in the meantime, while acknowledging that those barristers who could survive until the courts returned properly would likely be busy given the “enormous” size of the backlog.

She stressed that the Bar Council, inns of court and Barristers Benevolent Association – which has “given out about a quarter of its money already” – were doing what they could to support the profession, and praised the Crown Prosecution Service for its efforts to help the Bar by changing triggers for payment.

The discussion turned to the backlog, and Ms Pinto expressed concern that the MoJ’s efforts to increase the number of hearings in all jurisdictions, such as extended operating hours, were predicated on Covid-19 and social distancing ending by next May. “I don’t know what they’re basing that on,” she said.

It was, she continued, “perfectly obvious” to practitioners that even the courts that were open were not being used efficiently, while in the county courts in particular there were ongoing problems with staff affected by the coronavirus along with unreliable technology, as well as poor listing practices.

Also at the meeting, BSB director-general Mark Neale acknowledged the difficulties that some Bar professional training course and Bar transfer test students – particularly those needing reasonable adjustments to sit their exams – have had booking their assessments for next month through Pearson VUE.

Most are taking their tests online but there are physical test centres for those who cannot sit the exams remotely. In all, 6,487 bookings need to be made, including 871 bookings by those who need reasonable adjustments to sit their exams.

The meeting heard that so far half of the bookings for those needing adjustments have now been made, along with around three-quarters of the rest made too. Bookings do not close until 29 July.

There are nine students – out of the total cohort of 2,619 – whose needs cannot be accommodated by either method. The BSB said it was speaking directly to them to understand their requirements and to look at alternative methods for them to sit their exams.

Mr Neale added that many chambers had yet to decide their plans for pupillages. It was “very likely” that some pupillages would be withdrawn, “but it’s too early to say how many”.