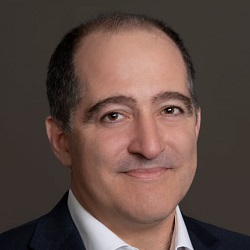 Fenhalls: No evidence of a competence problem at the Bar

Mark Fenhalls QC said he was yet to see “any evidence” that there was a competence problem with any particular area of barristers’ practice.

As a referral profession, incompetent barristers, almost without exception, “lose all their work and they leave”.

Mr Fenhalls said the Bar Standards Board (BSB) had not found evidence of competence issues in its disciplinary work and the insurance data from Bar Mutual showed that there was “no problem”.

The QC argued that the LSB had failed to take an “evidence-based” approach to the issue for the past couple of years and if it tried to impose regulation in the absence of evidence, “it risks infringing the Legal Services Act”.

Speaking at a Westminster Legal Policy Forum conference on legal education and ongoing competence yesterday, he said the Act did not permit the LSB to tell the regulators “to do X,Y and Z” to prove that there was not a problem.

The LSB is consulting on a new framework for ongoing competence which would require regulators to understand levels of competence in their professions and identify areas for improvement.

They should make “appropriate interventions” if needed, including compulsory training, formal assessments or periodic reaccreditation.

Chris Nichols, director of regulation and policy at the LSB, told the event that it was “incredibly important to place ongoing competence at the heart of future approaches to regulation” and he had been encouraged by the approach of the regulators, who were looking for “opportunities, not excuses”.

He said there was “a great focus on assuring competence” before people entered the legal profession, but almost nothing afterwards.

“We just don’t know what is happening. We can’t say with any confidence that the problem is very rare.”

Mr Nichols said consumer research had shown there was a “clear mismatch” between what the public expected and what the profession was doing to ensure competence. This was “in stark contrast” to other professions, such as teaching, aviation, medicine or financial services.

Julie Brannan, director of education and training at the Solicitors Regulation Authority (SRA), said “everyone should be very supportive of the LSB’s focus on ongoing competence because it was critically important to consumers”.

Mark Neale, director-general of the BSB, said the regulator had taken action to ensure competence in coroners courts and youth courts, and there was “greater assurance than Chris acknowledges” in advocacy standards generally.

“Barristers are operating in a very competitive market, under the eyes of instructing solicitors and well-informed commercial clients.” Further assurance came from the quality checks carried out by organisations like the Crown Prosecution Service.

“Just because things are happening in other professions does not mean they have any application to the legal profession.”