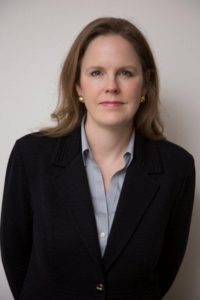 The ramifications of leaving the European Union are likely to be wide-ranging and could restrict the ability of barristers to practise outside England and Wales, the chairman of the Bar Council has warned.

Announcing the formation of a working group to review the impact of Brexit on barristers and on the jurisdiction, Ms Doerries said the Bar could not afford to be complacent and must prepare for “what the future might look like outside the European Union”.

She went on: “We will seek to inform the public debate on the issues where they affect the profession, and our justice system. We will also seek, where possible, to provide practical advice to barristers.

“There is also the question of who the Lord Chancellor will be, and also the need to ensure that the new government is committed to our justice system, and funding publicly funded work.”

In a blog for the Bar Council website, Ms Doerries said the Bar was committed to working with its partners in Europe even if the UK was, in future, was outside the EU.

“The links which the Bar Council and the Bar have with lawyers and with Bar associations in Europe and around the rest of the world are more important than ever.

“We will look to maintain strong links for the profession in overseas markets and we will send a clear signal to our colleagues overseas that despite last week’s referendum, the Bar of England & Wales remains open for business and a partner for other Bars around the world.”

Ms Doerries said the long-term effect of Brexit on the legal services sector’s contribution to the UK economy depended “significantly” on the nature and terms of the post-Brexit relationship with the EU, and with other important markets.

“However, I am confident that London will remain a leading centre for international dispute resolution. The global legal services market has seen significant growth over the past decade as a result of increasing international trade and growth in developing economies.

“This has led to a growing demand for legal services. The UK currently has the largest share of the European legal services market. A substantial contribution to this is made by the continued demand by parties (from the EU and beyond) for the services UK professionals offer, both for transactional work, and, in the case of London in particular, as a venue for litigation and arbitration.”

Meanwhile a spokeswoman for the Law Society said chief executive Catherine Dixon had written to Lord Chancellor Michael Gove, offering its expertise to the government.

“This is a time to work together in the national interest,” she added.