Bar calls on judges to halt solicitor “abuse” of QASA 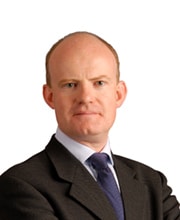 Hill: without judicial evaluation there will be no proper check on bad advocacy

The Bar has called on judges to block solicitors appearing before them as plea-only advocates (POAs) under the Quality Assurance Scheme for Advocates (QASA).

Max Hill QC, chairman of the Criminal Bar Association (CBA), said it would stop an “abuse of the system” aimed at the solicitor keeping hold of the purse strings. He also called for action to end the “corrupt practice” of criminal defence solicitors demanding referral fees from barristers they instruct.

The role of POAs – and whether they should have to undergo judicial assessment like trial advocates – has been the last and possibly biggest sticking point holding up approval of QASA. In March the Bar Standards Board agreed to a compromise that will see POAs enter the scheme via assessment centres and assessed against the QASA standards to show that they are ‘trial capable’.

But addressing his association’s annual dinner on Friday, Mr Hill said that POAs should not be allowed, a view backed by 87% of respondents to a survey of CBA members.

He said: “The plea-only advocates issue is all about quality. Let us consider plea and case management hearings (PCMHs): what do they entail? If there is a not guilty plea, the PCMH is a trial preparation and management hearing. So only trial advocates can assist the judge in that task.

“And for the avoidance of any doubt, allow me to spell it out. The instructed advocate is identified at the PCMH. Solicitors perform a useful task in every case between charge and PCMH, but they cannot conduct the PCMH if they are not trial advocates.

“The evil lies in some who deliberately identify themselves as the instructed advocate, because that keeps their hands on the purse strings of the case. But it is an abuse of the system. I want to see every judge stopping every PCMH unless a qualified trial advocate is present. This is the only way, and I suggest the only way of there being proper compliance with the Criminal Procedure Rules.”

The CBA survey found that 93% would not agree to a system which did not have a unified code of conduct to regulate all advocates, while 61% said judicial assessment should be the only benchmark when grading an advocate.

Mr Hill said: “For those who quite wrongly argue that judicial evaluation is a sign of protectionism of the Bar by former barristers now serving as judges, I say that judicial evaluation is a necessary price paid by the Bar, many of whom do not want it and resent the notion that independent advocates of any kind should have to curry favour with judges.

“There is much force in that, but even more force in the fact that, without judicial evaluation, there will be no proper check on bad advocacy, whether provided by barristers or solicitors.”

The Solicitors Regulation Authority this week announced that solicitor-advocates seeking QASA accreditation will have to notify their intention to do so between 2 July and 21 September, although the Bar Standards Board said it will not require this of barristers.

Subject to the results of a final consultation on the rules governing QASA, the scheme’s launch has been divided into three phases, with advocates working on specified circuits required to join during the course of 2013. It is expected that by the end of 2013, all advocates will be at least provisionally accredited and many will be fully accredited.

Meanwhile, Mr Hill also called for action to stamp out the practice of solicitors forcing barristers to pay a percentage from their fee back to the solicitor as a referral fee.

“This is emphatically not market forces at work; it is an abuse of the legal aid system. Yet we know it is happening time and again. The Government has failed to act on this, but we must. The answer lies in telling every member of the public who appears in court that they are entitled to a barrister to represent them, and the public money to pay for that service must go only to the person who provides the service.

“I favour an amendment to plea and case management forms, by adding a box to the effect that nobody involved in the case has paid a referral fee or otherwise entered into a referral arrangement affecting the case. Let us put a stop to this corrupt practice once and for all. It is only if we draw national public attention to this scandal that it will stop.”