It is full steam ahead at the Ministry of Justice with the Jackson reforms, but do the figures add up? If they do, what do they add up to? Amanda Ashton of Compass Costs crunches the figures on the impact a reduction in RTA portal fees will have in the event referral fees are banned 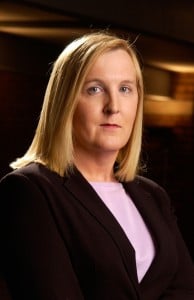 Ashton: Straw's amendments were based upon a flawed assumption

It appears that while the majority of tabled amendments to the Legal Aid, Sentencing and Punishment of Offenders Bill did not find their way into the bill, some have been deferred for consideration by the Civil Justice Council or to the Solicitors Regulation Authority. This creates the danger that without proper consideration and consultation, these amendments may yet find their way in to the civil justice system via the back door – and to devastating effect.

The proposed changes to the fixed costs payable under CPR 45.29 (the Ministry of Justice portal) contained in the amendment of former Labour justice secretary Jack Straw demonstrate a fundamental misunderstanding of the operation of the personal injury market. It is based upon the flawed assumption that the proposed ban on referral fees in road traffic accident (RTA) claims will reduce the expenditure of running such claims by a proportionate amount in all cases.

Based upon anecdotal evidence, he is making the assumption that each and every RTA personal injury claim has, as a constituent of its base cost, a referral fee of circa £600 and so proposes a general reduction in that sum to the current costs payable under CPR 45.29.

Even though the amendment was not accepted, further attempts to introduce something similar may yet be introduced in the House of Lords, while the government has committed to reviewing the £1,200 stage 1 and 2 RTA portal fees in any event once referral fees are banned.

This approach is wrong, simplistic and ignores some fundamental truths.

Firstly, a large number of personal injury solicitors do not attract RTA claimants through paying referral fees. These firms opt, instead, to market their services directly through television, radio, newspapers and web-based content. One need only view daytime television to see that alongside the demonised claims management companies (CMCs), there are in equal measure advertisements for solicitor firms providing claims services directly to the injured public. Firms such as BGR Bloomer, Camps, Hattons, Thompsons and Fentons to name but a few have successfully adopted this direct marketing approach.

These advertising services and methods have a base cost, which legitimately form part of the solicitors’ operating overhead. Such costs, when the number of successful claims are aggregated against enquires arising from the campaign’s overall cost, are calculated typically show a mean average cost per claim to the solicitor of between £350-£450 per case. These sums are the reality of the costs of advertising and, while lower than the average referral fee, are not insignificant and would represent between 58-75% of the total of Mr Straw’s proposed fees payable to solicitors under stages 1 and 2 of the protocol to which CPR 45.29 relates. The stark reality is that it is not possible to run such claims on the remaining proposed balance. The solicitors’ general overheads alone would outstrip this sum by a significant margin.

A cartel approach to the law

During the consultation on the introduction of the RTA portal, as part of the support to the claimant group, Compass provided detailed analysis of the tasks and costs of running RTA claims under £10,000 from a broad spectrum of different solicitors’ firms for submission in consideration of the appropriate fee level. The limits on fees suggested by Mr Straw are wholly unrealistic and will be unworkable without severely reducing the quality of service and protections to claimants.

Secondly, the ban on referral fees will not extend to payments made to CMCs which operate payment structures based upon fees payable for direct marketing as service provision. Companies such as National Accident Helpline and Injury Lawyers 4U, which provide pooled marketing services for their panel solicitors, dividing any marketing spend between their solicitor panel based upon the successful enquiry by area postcode or case assignment list. Such marketing systems attract aggregated fees per case, which while similar are slightly higher than those in the first example above to include a modest operating profit for the CMC.

These systems are likely to remain lawful as they were previously prior to lifting of the ban on referral fees by the Law Society in 2004. Such systems are preferred by smaller to medium-sized solicitors’ firms, which provide the bulk of assistance to the injured public locally. As a commercial fact such firms are unable to support the initial and sustained investment of their own direct marketing campaigns and would be detrimentally affected by Mr Straw’s proposed amendment.

The effect of the proposed changes to CPR 45.29 mean that firms operating under structures, which include paying CMCs’ marketing fees which would not be “referral fees” under section 54(2) of the bill, would be operating at a loss in RTA claims. This poses the real threat that solicitors will be forced to withdraw from this section of market, seriously curtailing the ability of the injured public to gain access to a truly independent solicitor.

The structure of the proposed amendment, based upon the misconceived saving linked to a referral fee ban, seems to lean towards creating an environment where the only law firms which will be able to offer services to victims of RTAs on an economically viable basis, will be those directly owned by the liability insurance industry or owned by membership schemes such as the RAC, AA or legal expenses insurers as an alternative business structure, and thus free of acquisition cost, effectively creating a “closed shop” environment and the perfect breeding ground for a cartel approach to the provision of legal services to the public.

The bill itself is progressing with unseemly haste, but there are many questions which remain unanswered and need to be considered concerning the general changes proposed by the bill and any changes arising from the proposed amendments outside the scope of the bill and their real economic effects – not only upon solicitors but on the general economy through the revenues generated and paid to the Exchequer by the legal profession in this field.

All of the fees generate significant revenue in tax. The costs and referral fees which may be reduced or disallowed in future attract VAT at 20%, income and or corporation tax at considerably higher rates, and after-the-event premiums net a return of 6% insurance premium tax. The remainder finds its way into the general economy.

CMCs, referral companies and RTA solicitors are significant employers but many now face uncertain futures and all at a time when the UK economy is teetering on the brink and in danger of falling back into recession. Perhaps those considering the implementation of the bill, including the Chancellor of the Exchequer, should remind themselves that like good comedy, the secret to successful change is timing.