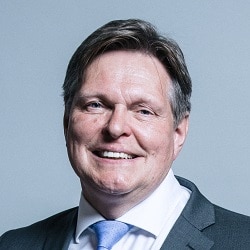 Solicitors are “aiding and abetting concealment of potential criminal activity” by bullying the victims of business banking fraud into silence, an MP has claimed.

Another claimed that solicitors had taken part in a “witch hunt to silence whistleblowers”.

The comments came in a parliamentary debate last week initiated by Conservative MP William Wragg about “the mistreatment of thousands of small and medium-sized enterprises at the hands of financial institutions which, in the wake of the financial crisis, sought to shore up their balance sheets as they plundered those of their business customers”.

In an echo of the furore over non-disclosure agreements in sexual harassment cases, fellow Tory Stephen Kerr complained about “onerous gagging clauses” incorporated into confidentiality agreements with customers, “with the effect of silencing witnesses and ensuring that justice is never done”.

He said: “We are aware of several instances of gagging clauses that specifically state that an individual is unable to voluntarily approach the police or regulators with concerns about potential criminal activity. Let us be clear: that is unacceptable.

“At this point we need to turn to the solicitors who are, quite frankly, aiding and abetting concealment of potential criminal activity by writing contracts that contain such onerous gagging clauses.

“In essence, they are bullying victims into silence and preventing them from discussing their case with those who are there to protect them: the police, members of Parliament and regulators. That is a deeply troubling fact.”

Mr Wragg said that “meaningful actions to properly investigate business banking fraud and seek redress for its victims have been woefully insufficient so far”.

He explained how it was left to two music producers from Cambridge, Paul and Nikki Turner, to “crack the case” of the massive fraud at the HBOS Reading branch, which led to several convictions.

“The Turners’ reward for bringing the case to the bank’s attention back in 2007 was to be branded conspiracy theorists,” Mr Wragg continued.

“The bank—first as HBOS, then as Lloyds—tried to evict them from their home 22 times, spending more on legal action than the value of the home itself.

“It sent a top partner from one of the country’s best regarded law firms to Cambridge County Court to watch the hearings.

“The Turnbull report [an internal report commissioned by Lloyds], which details a comprehensive cover-up of the fraud from within the bank, notes lawyers as saying that, once the Turners were out of their home, they would have to accept their fate.

“This was not the pursuit of justice but a witch hunt to silence whistleblowers.”