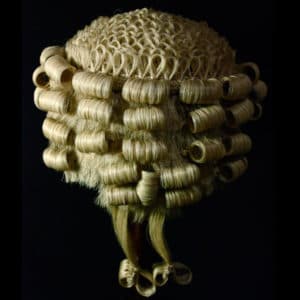 A barrister from Essex has been given a five-year bankruptcy restrictions order for neglecting his business affairs.

Nicholas John Elcombe, from Braintree, was originally made bankrupt in 2011. A bankruptcy restrictions order is made on application to the court if the Official Receiver considers that the conduct of a bankrupt has been blameworthy in some other way.

A spokesman for the Insolvency Service explained that, for legal reasons, there was a long delay between the bankruptcy order being made against the barrister and the court hearing.

Among the restrictions imposed on Mr Elcombe, who is 55, are that he must disclose his status if he wants to obtain credit of more than £500 and may not act as the director of a company without the court’s permission.

An investigation by the Insolvency Service found that between April 2005 and July 2011, Mr Elcombe was “continually in arrears with his returns and payments” to HM Revenue & Customs (HMRC).

By the time the bankruptcy order was made in October 2011, the service said his debts to HMRC totalled over £156,400, excluding interest and penalties.

The service said that during the period December 2008 to July 2011, the barrister had also accumulated over £73,000 in unpaid school fees. “Having defaulted in paying one school, new liabilities were incurred with a second.”

In particular, the service said Mr Elcombe “incurred debts of £26,263 to two private schools in the period July 2010 to July 2011, which he had no reasonable expectation of being able to repay”.

The debts were incurred during the period when he had an outstanding bankruptcy petition pending against him, preventing him from paying the liabilities from capital.

In finding that Mr Elcombe had incurred school fees without reasonable expectation of being able to pay them, Chief Registrar Baister was reported to have commented that “one must cut one’s coat according to one’s cloth and if the money is not coming in, it should not be spent”.

Other restrictions imposed by the Bankruptcy Court on Mr Elcombe are that he may not act as an insolvency practitioner or become a Member of Parliament.

Anthony Hannon, Official Receiver for Anglia, who brought the proceedings, said: “Mr Elcombe’s actions meant that substantial unpaid taxes accrued to HMRC, and significant and long-standing debts were incurred with private schools which have had to wait many years for any possibility of even a partial repayment of the money due to them.”

Mr Elcombe was not present in court when Chief Registrar Baister delivered his ruling.

A spokesman for the Bar Standards Board (BSB) said that barristers who are declared or declare themselves bankrupt can continue to practise. They are required to inform the BSB once proceedings start or if they have made an arrangement with creditors.

“The BSB must balance the public interest in being open and transparent against our duty to safeguard information and confidentiality,” he said. “The BSB does not usually comment on individual cases that we may or may not be monitoring in order to maintain that balance.”