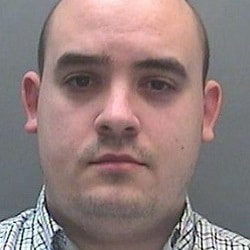 A paralegal at a Cardiff law firm jailed last year after being convicted of 158 child abuse offences has been banned from the solicitors’ profession.

Owain Thomas was an administration assistant at Albany Solicitors when he was arrested – media coverage from the time described the law graduate as an “aspiring barrister”.

In March 2019 at Merthyr Tydfil Crown Court, he pleaded guilty to 158 online offences against 146 children aged between nine and 16.

In July, Thomas, then 29, was sentenced to 10 years’ imprisonment and five years on licence. He was also ordered to register as a sex offender for life.

The Solicitors Regulation Authority has made an order against him under section 43 of the Solicitors Act 1974, which means he cannot work in the regulated profession without its permission.

Reports at the time said he was first investigated for what South Wales Police said appeared to be an isolated act of indecency when he approached some children in his car and tried to persuade them to expose themselves to him.

Thomas was reported to police and a search of his house led officers to discover the scale of his crimes. He created fake profiles on popular online games, pretending to be a child, and would offer his victims gaming credits in exchange for sexual favours to be performed on camera, which he would record.

He used footage of those victims, pretending it was him, to create peer pressure in group chat situations, often taking on the role of three people at any one time, in multiple-way online group chats. He also shared it with other paedophiles.

A forensic investigation uncovered 110 hours of footage of abuse. Officers then visited schools up and down the country with images of the victims’ faces and identified them one by one.

Thomas’s barrister was quoted as telling the court that his “paedophile interest” was “like a drug” and that it was “merciful” Thomas was arrested following his very first foray out seeking face-to-face contact with victims.

It was reported that Thomas had begged police not to send him to prison. He cried as he was arrested, saying: “I need help. I know I need help. I can’t go to prison, I won’t cope in there.”