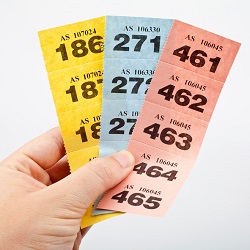 An events executive at a well-known London law firm who kept raffle prizes for herself has been banned from working in the profession.

She worked for Westminster firm Bircham Dyson Bell for 13 months until she was dismissed in October 2016.

She was found to have told various organisations that her husband worked for the firm in its events team as well when he did not.

Further, she told an organisation which had donated a pair of tickets to the cricket as a prize to the firm’s Christmas raffle that a former employee had won them when he had not.

Ms Ellis also provided a false postal address for the purported winner – the address she gave was her own.

She received two more prizes for a purported raffle in March 2016 which she again retained for her own use.

The SRA said that Ms Ellis acted dishonestly in relation to each of these actions.

Under section 43 of the Solicitors Act 1974, no solicitor can employ her without the SRA’s permission. The regulator said she was not currently working at an SRA-regulated practice.

The SRA has also made legal executive Smina Sadiq subject to a section 43 order after she backdated a letter to another firm of solicitors and “created a document which included false statements about the steps she had taken in progressing a client’s matter”.

In a notice published today, the SRA said she was employed as a legal executive at Clyde & Co Claims in Manchester for six months in 2017. She was found to have acted dishonestly.