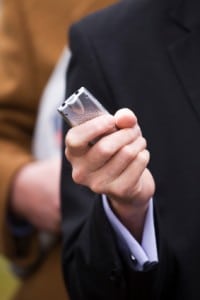 Personal statement: barristers will have guidance when making comments

Barristers should soon be free to give their personal opinions on cases when the rule restricting them to voicing only clients’ views is finally lifted – four years after the change was first mooted.

In place of a prohibition on media comment, barristers will be issued with guidance by the Bar Standards Board (BSB) on how to exercise judgement on what to say.

The move brings barristers into line with solicitor-advocates, who have been able to give their own views since 2007. Barristers have been free to cite the opinions of clients but not to give personal views since 2001.

The rule change has been sent by the BSB to the Legal Services Board (LSB) for approval. Removal of the relevant paragraph of the Code of Conduct – 709.1 – was first mooted in a BSB consultation in March 2009 and proposed explicitly in a second consultation in January 2011.

It has long been thought that having different rules for advocates potentially within a single alternative business structure would be problematic; the BSB said it “would be anomalous” to keep the rule after lifting the same ban on solicitors had resulted in “no apparent detriment”.

The BSB explained that the guidance, which is currently being written, will “assist barristers in identifying the factors and risks they should take into account when considering whether to speak to the press and/or commenting in other social media such as social networks”.

In December 2011 the board revealed: “The new guidance will suggest that a barrister should be very careful about expressing a personal opinion to the media… and should do so only if it would be in the client’s interests. It will also underline the importance of maintaining the barrister’s independence.”

When consulted, barristers split roughly 2:1 in favour of removing the rule. Many who opposed it were concerned that barristers would come under pressure to provide comment to the media and by providing a personal opinion could put their independence at risk. The Bar Council was worried that barristers might publicly contradict their client’s views which might in turn lead to barristers being quizzed on their views before being instructed.

The BSB had been due to implement the change during 2012 after its main board approved it at the end of 2011.

Along with the media comment rule change, the BSB has also applied for LSB approval of long-awaited reforms to limits on public access. These principally remove the three-year rule – which banned barristers under three years’ call dealing directly with the public – and the ban on representing directly people who can qualify for legal aid.